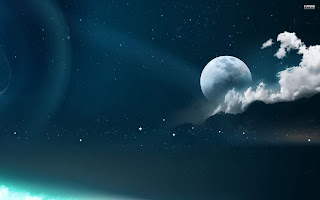 June's full moon falls in the early morning hours June 17th, at 25 degrees of Sagittarius. It will conjunct Jupiter which expands everything it touches, good or bad, increasing the effect. This, taken alone, is a positive. Sagittarius is about seeking truth and justice, but be prepared for what you discover.

The full moon conjunct Jupiter illuminates whatever is there, and I am talking about the powerful Cardinal opposition I have written about earlier. Mercury and Mars are opposing the Saturn-Pluto conjunction and this is stressful energy. All of this becomes part of the full moon energy and will be in effect the entire week.

Oppositions are stressful and usually involve other people.
First of all, be careful driving, traveling or using tools or instruments. Since Mercury is involved in the equation driving can be dangerous and road rage will be obvious. Mercury rules conversation, young people, travel and communication. Arguments will be common. We could even see violence.

As the Sun and Moon and Jupiter square Neptune drugs or alcohol could be involved, or some could feel overconfident in a situation. Now is not the time to overestimate or underestimate any situation! Keep your feet on the ground with this energy, and don't do anything you might regret.

While we are all under this energy, it will be worse for some if it is hitting a particular point in their chart. If you have cardinal planets-Aries, Libra, Cancer or Capricorn at 17-23 degrees this could affect you on a much more personal level.

Expect to see arguments and war like reactions in the news along with ugly politics. We will hear news of foreign associations and likely courts or even publishing. Mars/Pluto aspects involve money, sex and control or attacks. As Mars is in Cancer the weapon can become those things Cancer symbolizes: Issues concerning women, security, the homeland,  Motherhood, emotional outbursts, even food. Accidents are possible.  We could see some significant investigative journalism over these few days.

Saturn is cold and Mars is hot. Projects that have been running along can be stalled or blocked in some way. Mars/Mercury can be thoughtless, cold and vindictive in nature so watch your communication with others. Previously unknown issues can be revealed at this time.