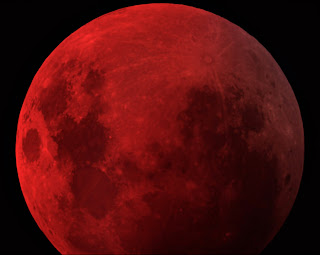 Mars is the action planet that describes how we approach things. It rules police, war and our sex drive and our egos. Mars also rules men, who are operating from a weaker position in some way for the duration of this transit. It is for this reason it is not advisable to start a new relationship on a retrograde Mars as things may change considerably after it turns direct.

Retrograde Mars always coincides with a time of low energy, frustration and aggravation, delays and the 'fizzling out,' of many things. In some cases it can make health issues more exaggerated, we have more aches and pains or even accidents. For others there has been a reconsideration or change in ideas and plans.

Since Mars is considered ‘at home’ in Aries, it will be very powerful as it stations direct at 15 degrees of Aries. This is like a big burst of energy that will have lasting effects and you can expect action of some type of action if it aspects your personal planets over the next 10 days or so. At this point we will begin to shake off the dust that has settled and our frustrations will begin to turn around. We will begin to create new strategies and plans for the future. As Mars reverses its direction however, we will still continue to see abuses of power, manipulation and anger. Many of these instances will become more apparent and obvious as Mars readjusts its position.

Many react in a passive-aggressive manner internalizing our assertive side. There could be a confrontation about some issue that has long lingered in your mind. Don’t be surprised if you see some of this energy being acted out as Mars changes its direction. Hidden issues may not remain hidden much longer.

As Mars turns direct it makes no aspects at this time. It will however create another powerful Cardinal square to Pluto the week of December 20th. Mars-Pluto deals with power, power struggles and corruption just as it did August 13th when we learned the Post office was embroiled in a political scandal to slow the mail down.

Mars will begin to move forward on November 25. As Mars starts inching forward we will begin to recognize how the anger, violence and displays of inaction and volatility have affected us. Mars will remain in its shadow period, where but things won’t return to normal until January 1st, 2021 when it reaches the same point or degree where it turned retrograde. Mars will remain in Aries another week until it enters Taurus on January 7th. Now is the time for serious planning rather than action. The time for action will come as Mars begins its forward movement.

The Presidential election occurred on a retrograde Mars, and Mercury also turned direct that day. The results are obvious as incumbent President Trump refuses to concede and has filed various lawsuits to overturn the election. He will not succeed in this effort as those who wage war or file lawsuits during a retrograde Mars typically lose. Trump has been in a significant Mars cycle during election season as Mars has opposed his Jupiter since late July. At that point (in July) he suggested postponing the election, a comment that was not well received. Mars opposing Jupiter is a transit typical of lawsuits. As Mars opposes his Jupiter for the 3rd and final pass the first week of December this will be another turning point, and he will likely lose a lawsuit or receive disappointing news. Many things may be blown out of proportion at this time, and once again we will watch history being made.