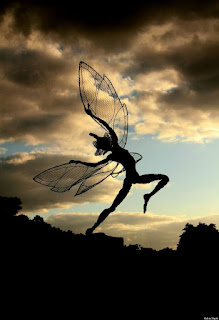 Last month brought a significant lunar eclipse in Gemini and the second of three difficult squares between Uranus and Saturn. The Gemini eclipse energy will remain with us until the next lunar eclipse in November putting an emphasis on communication, the way we communicate with each other, information and facts versus misinformation or lies.

As Saturn squared Uranus, US President Biden met with Russia’s Putin, it was revealed The Trump Administration made efforts to convince the DOJ to change election results, oil prices hit a 2 year high, Israel’s Netanyahu was ousted, the Supreme court refused to overturn ObamaCare, there was a continued push to take away voting rights in Republican States, 44 percent of the US had gotten vaccinated, and as of May, 2021 there have been 240 mass shootings in the US to name a few things that happened. Saturn-Uranus transits coincide with significant world changes and upheaval which will continue throughout this year and into 2022.

This volatile and changeable energy trickles down to us individually as well as the world and those who have fixed planets (Taurus, Leo, Scorpio and Aquarius) between 11-14 degrees have experienced many changes over the past month, some of them unexpected. To some extent all of us will experience change as a result of this transit, some more than others.

If you are among those who felt displaced or in some cases turned upside down last month, the energies should begin to lighten up some after the first part of July. We will experience one more clash between Uranus and Saturn, the latter part of this year Of course, just like this last peak significant events will occur before the clash is exact and going into 2022.

During July, the Sun travels through Cancer and then Leo, and Mercury, the planet of communication will finally leave its retrograde shadow period, and move through two more signs; Cancer and Leo.

The action planet Mars, remains in Leo, amping up our desire for summer romance, fun and pleasure, then moves into the more serious sign of Virgo July 29th.

The planet of love or Venus joins forces with Mars in Leo. Venus and Mars are the two planets that affect our love and will travel together the first three weeks of July creating exciting opportunities for fun and adventure as well as romantic possibilities. Sparks fly when these two planets join together.

This month we will experience a Full moon in Cancer July 9th, and a New moon in Aquarius July 23rd.

July 1st Mars becomes part of a t-square with Uranus and Saturn. A t-square is a transit that looks like a ‘T’ as it involves the energies of three planets. In this case Mars will once again ‘set off’ the energies of the Saturn-Uranus square. The combined energies of these three planets, especially Mars-Uranus, and Mars-Saturn are considered malefic, difficult and changeable especially if you have fixed planets at 12-14 degrees. In other words, if you were affected by the Saturn-Uranus square last month you will experience further change or disruption the first part of July.

This energy can manifest as an exciting week for many as we experience the first July 4th Holiday as the Covid restrictions have been lifted. With the upcoming New Moon in Cancer we can expect numerous family celebrations and displays of patriotism.

This energy is worth paying attention to however, and not putting yourself in dangerous or questionable circumstances as Mars-Uranus indicates explosive and unexpected events. This energy will certainly last through the July 4th holiday when the Moon in Taurus conjuncts Uranus and joins the planetary mix creating even more unpredictable energies. It is even possible we will see volatile or unexpected incidents in the country or world given the nature the times we are living in.

July 1st Mars opposes Saturn. This is typically a frustrating and restrictive transit that could make you feel hemmed in or angry. Mars does not like limitations, which Saturn represents. If you can find the focus to direct your energy toward a specific project this energy may be easier to deal with as long as you are aware you could encounter circumstances that make you feel limited. The nature of an opposition is encountering problems through others.

July 3rd Mars squares Uranus. This can be a very excitable transit, prone to unexpected events and changes of plans. If you handle fireworks, use caution as it is explosive and can be dangerous. What is actually happening this day is the energies of both Mars and Uranus are combining with Saturn at the same time. While the energy will weaken after the 4th, it will still remain with us for at least a week.

July 5th, the energy of the holiday may linger if you can get away with it! Sun sextile Uranus is a positive, upbeat transit and there can be a feeling of excitement in the air. Try something new, even if it is a new route to work. You may feel very independent!

July 6th, Mercury squares Neptune for the third time and final time. We experienced this June 5th, and the weekend of May 28th. This is a confusing aspect, and the energy may be hard to deal with. When an aspect like this comes back 3 times there may be something we have failed to deal with. All you hear or read may not be based on fact so be careful if you make an important decision, or better still make it another day. This can also be indicative of creativity, compassion and spiritual pursuits. Also, Venus opposes Saturn complicating matters further. This is neither an exciting or positive social transit. Having come back from the holiday you may feel pressed to get things done. The focus will be on work and obligations, but matters may seem confused or more complicated with the Neptune transit. For some this can manifest as relationship issues.

July 8th, Venus squares Uranus and another weekend is approaching! This aspect can be considered exciting, if not changeable. With this transit our focus often changes toward things that are new or untried. This can be a positive social aspect but changeable, and things that happen may not be or have lasting value.

This month’s New Moon falls at 18 degrees of Cancer 0n July 9th. Cancer rules home and family in astrology as well as our emotional lives. Cancer is the most emotional and intuitive of signs and is sometimes considered moody and changeable.

As this moon trines Neptune, we may feel compassion for others as well as creativity, and your intuition may become stronger. Moon-Neptune can represent spiritual or metaphysical pursuits, vivid dreams and high creativity.

The Moon also opposes Pluto. Moon-Pluto can represent deep seated emotional issues or issues with the past, obsessiveness and anxiety, or problems with women. We could may hear of issues that affect the country and the people.

July 12, Mercury trines Jupiter. This is a positive transit for any type of communication and operates in a hopeful manner.

July 13th, Venus conjuncts Mars. The focus of this transit has to do with money and your love life. Interest in romance is common, and this could turn into a social day. This is also positive for business and money concerns.

July 15th, the Sun trines Neptune. This is a creative, spiritual and compassionate transit. Your intuition may be over the top, and this is a pleasant aspect.

July 17th, the Sun opposes Pluto. This occurs once a year and is prone to power struggles, and dealing with situations and things that may break down at this time. Don’t push contentious issues unless you can handle the push back. You may find that deep subconscious forces and issues come to the surface and must be dealt with. This can also represent abuse of power, manipulation and sudden attacks from others, as well as issues concerning money or in some cases, sex and scandals. Sometimes we hear of a death of a public figure. This will usher in a few heavy news days.

July 20th, Mercury sextiles Uranus. This day is prone to approaching things from a different angle and in new ways. Brilliant ideas could manifest at this time.

July 22, Venus opposes Jupiter. This is generally a pleasant social influence but you may not have a lot of motivation for work. It is prone to over spending and over indulgence but overall is a pleasant aspect.

July’s full moon falls at 1 degree of Aquarius on July 23rd. Aquarius rules the 11th house of the collective, groups or friends, so our focus will be in this area. Aquarius is considered the sign of the humanitarian so this will be a time when we become interested in issues that affect us all, or alternatively we may feel drawn to helping others or getting together with certain groups or friends.. This feeling will be amplified by Mercury’s trine to Neptune which is also a pleasant and compassionate influence

As this moon is within orb of Saturn and Uranus we will be concerned with responsibilities, work, issues from the past, and for some there could be a certain amount of heaviness, although this should not be the most significant affect. Moon-Uranus aspects can lead to unexpected and unpredictable events in the world and in our lives. Aquarius is also ruled by Saturn and Uranus so this moon may be changeable and prone toward freedom and breaking away from certain things and themes.

July 25th, Mercury opposes Pluto. This is prone toward arguments, disagreements, revelations and propaganda. Someone may convince you of something, or alternatively you may try and do the convincing. Be careful of accidents, especially if you are driving. This will be another heavy news period.

July 29th, the last transit of the month occurs as Mars opposes Jupiter. Expect news concerning money, laws, politics and courts on the world scene. This can create a certain amount of exuberance or you could finish something you have been working on. Situations can however get blown out of proportion although it is generally positive.