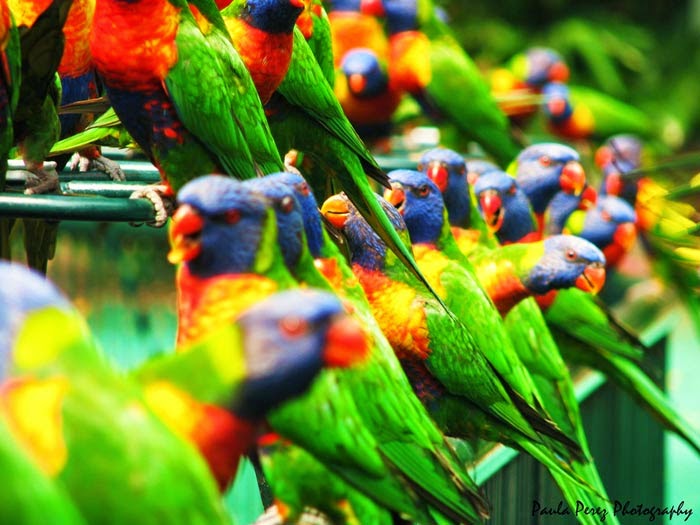 Mercury enters Gemini on April 30, in the sign of its rulership. Mercury turns retrograde on May 18, and as a result will remain in this sign until July 8, a very long time for the typically fastest moving planet. Thoughts and conversation will pick up speed, and be noticeably lacking in emotion as Gemini is more of an intellectual sign, and in this placement Mercury is very powerful.

Mercury rules speech, communication, conversation, travel and young people.
A retrograde period of Mercury is typically much longer than many people imagine, and the shadow period of this retrograde begins on May 4. People often call me and want to know if it is ok to begin new projects a few days or even a couple of weeks before the retrograde, and the answer is no, not really. Mercurial energy will start to shift during this time, and at the very least it becomes a wild card in the equation-a very wild card! Start something shortly before a retrograde and in my experience it is no different than starting it during the retrograde. The energy is already changing and starting to slow down. I've tested this many times, and the result is always the same. So, it's best to buy your electronic items, cars, and major purchases by the fourth of May, or shortly thereafter, and don't start any new projects if you can avoid it.

Mercury turns stationary retrograde May 18-21, and this is typically when it becomes obvious the energy is changing, glitches occur and we sometimes start to find things out that were previously unknown. It will remain retrograde until  June 12, when it goes stationary direct, until June 16. This is the second most important period of the retrograde when  we often find things out, previously unknown,  and energy once again becomes changeable. The stationary direct and retrograde periods are generally the most important times during a retrograde, especially if these periods of Mercury aspect something in your personal chart. A post retrograde shadow period follows that will last until June 27.  Its only after this date that Mercurial energy will return to normal.

So, what should you do if you get a job offer during the early shadow period of Mercury? Unless you can delay it for a long period of time, my advice is to take it and see what happens. Generally people looking for a job are doing so because they need a job. It's a wild card, but take it anyway, if you need it. Sometimes we just have to do what we have to do. I once started a job on a retrograde Mercury years ago, and it lasted two years.  It didn't pan out as expected, and I left suddenly, but it worked for the time. Start a job on a retrograde and you can expect at the very least, it won't be your last job. But, in this day and time, not many people are looking for their last job.

On a personal level many of us encounter the consequences or results of a retrograde Mercury when we are not centered in our life and thoughts or not fully aware of what is going on around us and in our personal relationships. Thus, when we find out things are different from what we had hoped we become upset, angry or mad. If we are not aware or conscious of what is really going on, as opposed to what we want to go on, this is when we can feel that we are psychologically impaired or damaged by it. The key is to be aware. Then again, those Mercury retrograde glitches and breakdowns are going to occur to us all, and in that respect we are all in the same boat! During some retrograde periods we can all be caught by surprise with some of the things that transpire. But, awareness is the key, always.

During the latter part of May, Jupiter is moving into a trine to Uranus that becomes exact mid-June. This is a very positive transit, especially if it aspects your chart or planets which would be 16-20 degrees of Aries, Gemini, Leo or Sagittarius.  This can be a very positive time for some, and in some ways this will play out in the world. As these two planets get closer in some ways we can all start to reap the rewards and we will likely get some positive economic news-even if it is temporary.  If things seem to be going well make good use of this energy as it won't be here forever.

Other significant transits in May include:
May 3, Mercury opposes Saturn and this is a tiring and often difficult transit. Mercury is communications or thoughts and Saturn has an unyielding side to it. As this occurs just before the full moon, its influence may be marked.

May's full moon occurs on May 3, at 11:42 P.M., EST. This full moon is at 13 degrees of Scorpio and this falls close to the degree of the November 3, 2013 solar eclipse. Events you were dealing with at this time could come back up, or reach some degree of conclusion at this time.

Scorpio is an intense and emotional sign and rules the eighth house of sex, taxes, debt and investments, partners money and change and transformation of all types. As Mercury is still opposing Saturn, there could be a great deal of serious or negative energy and harsh communication.  On May 4, the Sun squares Jupiter, and as this transit is well within orb, things may become blown out of proportion, relative to what they are. This moon will work best for water signs, but as always it depend on what this moon aspects in your personal chart.

This is intense energy that can be used in a positive or negative manner. As Scorpio is the sign ruled by Pluto (regeneration-death) and the Uranus-Pluto square is still within orb, many thing may end. If you want transformation in your life, now is the time. This could be an opportunity to release negative emotions or issues.

May 6, the Sun trines Pluto and this an intense but positive transit when we should be able to find common ground.
May 7, Venus enters Cancer Family issues may come to the fore in some manner or getting together with relatives over this period. Venus in Cancer can be positive for love, but it is a very emotional sign, much different from Gemini. The downside is that some individuals may become needy or needier with this Venus placement. Many people entertain at home, redecorate, or in some way the home can become a center for social activities.
May 11, Mercury squares Neptune and this can be a confusing energy, and the same goes for communication. As we aren't' t thinking clearly, this is not a good day for serious negotiations  and you could be misunderstood or the opposite could occur. If you miss an important communication don't assume the worse. It can also be a discouraging and misleading influence.
May 11, Mars enters Gemini Communication and action takes on a livelier tone, and there will be a great deal of mental energy as Gemini is ruled by Mercury.  As Maras will shortly oppose Saturn the start of this period may seem restrictive.
May 15, Mars opposes Saturn This is a harsh, limiting and restrictive transit and we will see this play out in the world in terms of police and military action. Egos may be out in full force, and this is not the day to force an issue. Things will go best if you do not try and start an issue or antagonize anyone. Best to just let this energy pass uneventfully if possible.
May 16, Venus trines Neptune This is a subtle energy but can be creative or compassionate. Love can seem unreal (positive)or unrealistic. This can be very pleasant, buts its effects are fleeting. Great for creativity and readings.
May 18, May's New moon occurs just after midnight, EST at 26 degrees of Taurus. Taurus is the natural ruler of the second house of money and possessions, and is ruled by Venus.  Taurus is by nature the most laid back of signs. As Mercury goes retrograde this day, events connected with this moon may be delayed by a few days or weeks.
By  8:49 A.M., EST the moon has switched signs and opposes Saturn and we will be aware it is Monday again, all day!
Mercury turns retrograde at 9:50 P.M., EST.
May 21, the Sun enters Gemini for the next 29 days. Gemini is the ruler of the third house of communication, immediate family members and neighbors.
May 21, Venus opposes Pluto Love may become obsessive, possessive and overwhelming. This is NOT a good transit for relationships especially if it aspects your chart. Venus-Pluto is negative overall for women, and indicative of domestic violence and violence toward women if a relationship like this already exists, but it's not enough to cause or create one. At its best, serious relationship problems can be resolved,  but few people have this type of discipline or communication. Best not to force issues at this time and read a good book, rather than try and hunt down the object of your affection. Some relationships will end and you could have an ah ha moment. Regeneration is a theme this day.
May 22, the Sun opposes Saturn and this is a tiring and restrictive transit. Some things may come to an end. If you don't feel you get the credit you deserve just let this energy pass and a better day is around the corner.
May 25, Mars squares Neptune This is a tiring and discouraging transit. The information you give or receive may not be correct and there is an element of the unreal. At its best this transit works well for showing compassion toward others, or spiritual pursuits. We may see water related weather issues.
May 25, Venus squares Uranus Venus rules love and money and we could hear news of both. If you meet someone new and seem to be getting along, time will tell the tale but know that Uranus is not indicative of stability. Some relationships will end, or take an unexpected turn.
May 27, Mercury conjuncts Mars Be careful traveling, watch your pets and try and avoid arguments. This transit is argument prone and you may experience this in your dealings with people.
May 29, Mercury squares Neptune This transit is prone to confusion, discouragement and confusing or misleading conversations. Check your email address before you hit send.
May 30, The Sun conjuncts Mercury This transit comes across as 'willful,' there could be ego conflicts if you aren't careful and a great deal of communication. Be careful traveling.
May 31, the Sun squares Neptune is the planet of illusion, confusion and delusion. This may be a lazy and tired day, but it is Sunday. Don't take things too seriously. Great for creativity, readings and compassion.