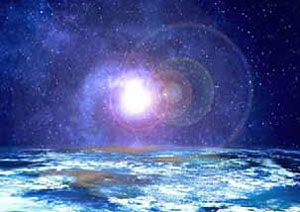 April's full moon falls at 2 degrees of Scorpio. The moon will peak at 10:24 Pacific time, on April 21, and 1:24 AM, April 22, EST in the East.
This moon falls on the Scorpio-Taurus axis (8th/2nd houses) which rules change and transformation, taxes and debt, other people's money, sex, death, and that which astrologers refer to as earned income (2nd house).

Old things may fade on this moon if they have been unsatisfactory (8th house) and this will open the door for the new. Values, desires and other situations may change over this moon.

Add to this picture  Scorpio ruler Pluto  turned retrograde at 17 degrees of Capricorn on April 18,  and co-ruler Mars turned retrograde this past weekend, and this amps up the intense Scorpio energy. This could be an heavy/intense time for those with Scorpio planets, especially if they are in the early degrees, or those whose planets are being aspected by Pluto at 17 degrees of Capricorn or even Mars at 8 degrees of Sagittarius. This is a lot of Mars-Scorpio energy.

The nature of Scorpio-Mars-Pluto energy is deep and intense, not light or superficial at all. Some people may be angry, upset and obsessed and this is something to be aware of in your dealings with others or even yourself.

Add to this the fact that Mercury is about to station and go retrograde at 23 degrees of Taurus on April 28, and things may be delayed, or seem even more intense. By month's end we will be dealing with 5 retrograde planets, which will place many of us in a period of intense soul searching and inner transformation rather than outward.

Venus conjuncts Uranus on April 22 at 21 degrees of Aries, and this aspects all of those with Cardinal planets-Aries, Libra, Cancer and Capricorn at 20-22 degrees as well.

Venus-Uranus transits can be fun and exciting, but with Uranus involved there is typically no stability involved in the situation. Make the most of this is you can, as this transit can be exciting or liberating as well as dealing with the unexpected.

On the other hand, the erratic nature of Uranus can be jarring for some, and sometimes Uranus transits have to do with separation, or unexpected and shocking events. A separation would only occur if the relationship is tottering on the edge, or unstable anyway.