The Grand Cross and New Moon in Gemini 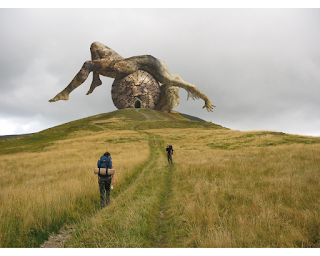 A grand cross is a difficult astrological configuration that looks like an X, as it contains two oppositions. A grand cross can pull us in many different directions at the same time, and if this aspects your personal chart, it typically coincides with major events in your life.

I have written extensively about it here, along with the significance of the month of June. This is a mutable grand cross which means things are changeable.

As this Moon opposes Saturn, many may have a hard look at reality, whatever reality is for you. It can be depressive, and in some cases endings can occur.

The Moon squares Neptune, which can result in confusion or disorientation, and fog. It can be a spiritual aspect and dreams may be vivid.

The third planet involved is Jupiter, typically considered the planet of expansion, and Jupiter expands whatever it touches, good or bad.

In all honesty, this is a convoluted time, and you may not know all the answers until this Moon passes.

The Sun and Venus also form a t-square with the same planets this week, setting off the grand cross or t-square in the sky with Jupiter, Saturn and Neptune that will be with us for the next 5 months.

Other significant days this week are:
June 1-The Sun squares Neptune which can be confusing, unclear, and tiring. Not a good day to act on important matters if you can avoid it.

June 2-the Sun opposes Saturn-this is a big transit in the world, negative in nature, but it can ground you in some ways. Also tiring.

June 3-The Sun opposes Saturn and Venus squares Neptune.
Sun-Saturn transits are cold in nature and Venus-Neptune is confusing. Don't take anything for granted, especially love or money.

June 4-Venus squares Jupiter-can be exciting but things get blown out of proportion.

This is a significant week, and my advice is to understand more, to make better decisions during this time.