Beyond the veil: lunar eclipse in Pisces September 16 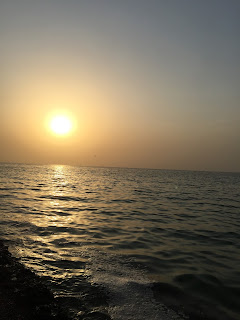 Eclipses are the universes  signposts, lighting the path into the future. Eclipses come in pairs and the solar eclipse in Virgo occurred on September 1.

We last experienced a lunar eclipse at the same degree as this one on September 16, 199. If you are old enough to remember, go back to these dates and think about significant events on and around this period and you may have a clue as to what these eclipses may bring for you personally.

With an eclipse we have both endings and beginnings. A solar eclipse is more like a new beginning, and it is always a new moon.

A lunar eclipse can being more news of endings and it is associated with a full moon.

Pisces rules the 12th house of the zodiac, ruling endings of all types, seclusion, things secret and hidden and what lies in the subconscious mind. While is the last house of the zodiac, the house of endings (and karma) it is also the first place, the dark and secret void of the mind where new ideas and beginnings are formed before taking shape in the outer world. The first house is where ideas take form, but before they can take form their basic substance is created and must emerge in the 12th house, the place of the unconscious mind. This is where both our fears and dreams are formed.  As a result it is sometimes considered the house of self-undoing.

The twelfth house can make us feel stuck and bound in life, and it also rules jails, hospitals, institutions, asylums, or any space where we are confined, either by choice or otherwise a place that forces us to be alone and think about our realities, both spiritual and otherwise, and our own personal life situations. Of course most people are not involuntarily confined, but we may feel confined mentally and emotionally and afraid to move forward.

While the 12th house is often called, 'the house of troubles,' it is where we stand at the precipice of the old and the new and determines how we will proceed in the future. In many ways it holds hidden powers of both death (of situations) and rebirth of the new.

As this eclipse is in Pisces, Pisces is the natural ruler of the 12th house and rules the planets Neptune and Jupiter. Neptune is the planet of illusion, delusion and confusion, self doubt and lies. But, it is also the planet of spirituality and compassion, creativity, psychic ability and all things magical. Have you ever noticed the sign for Pisces is two fish swimming in opposite directions?

Neptune is part of the Saturn-Neptune square which is exact this month for the final time. As we move into fall, this energy will begin to shift, and clarity will be found in situations where it has been lacking. This eclipse may help bring clarity, and new information may be uncovered.

This eclipse may bring many things to a conclusion either now or in the near future.

Over the past year many changes, some of them difficult, have occurred for many people. Relationships and situations have dissolved and the future has been unclear as a result of Saturn square Neptune.  This has occurred both in the collective and our personal lives as well,

While Saturn rules our structure, Neptune tends to dissolve situations over time. Structures, situations and relationships  may begin to dissolve into something else if this is aspecting your chart and even if it's not. As Neptune dissolves that which we consider our structure some things may come to an end, or we may realize things are not what we thought they were. In some cases we feel mislead.

During this period we could experience an uncomfortable time where situations, ideas or even people dissolve from our lives and the new has not yet emerged. The old will fade away to make room for the new but it will not happen overnight. This could affect any area of your life, depending on where this transit aspects your chart: which planet and what house it occupies.

The resulting changes  can cause confusion and lack of clarity, depression and discouragement for a time until the new replaces the old and you regain your clarity and confidence. Life is ever changing, evolving and growing, and if something or someone you consider of value disappears, its time had come, and there will be new situations just ahead.

Typically there are warning signs all along if you have been paying attention. If you look at the signs, this becomes a period that can be seen as the inevitable conclusion to an ongoing situation that has had its time. If it is meant to last, you will go through a period of discouragement followed by renewal on a stronger level.

As Neptune squares Saturn you may experience some type of real emotional growth or deep awakening that can show you the truth you seek, or lead you in a new direction. It is after all, the truth that actually sets us free. With the truth you discover you can develop a new focus and direction.

Never underestimate the ultimate illumination that the combination of Saturn and Neptune can bring. While Neptune rules the thoughts-either true or untrue- that run through our subconscious mind, Saturn brings reality home, and for some this can be a positive experience that can lead to a new and better direction in life and more authentic living.

As this eclipse falls at 24 degrees Pisces it will square Mars at 23 degrees of Sagittarius. The Sun will also square Mars. This will create friction, burnout, agitation, worry and anger, that will also be reflected in the world around us.

Venus is in an opposition to Uranus that will be exact September 18. As Mercury is retrograde, events can be delayed and Venus-Uranus becomes part of the eclipse energy. Venus rules women, love and money. Some relationships will end and others will take an unexpected turn. We could see swings in money or the financial markets, or some other situation, depending on where this falls in your personal chart.

While there may be chaos, uncertainty and confusion there is also magic in this eclipse. Take heed cosmic travelers, because while endings may occur, so will new beginnings, and we will see real compassion, creativity and spirituality play out in the world and our lives as well.