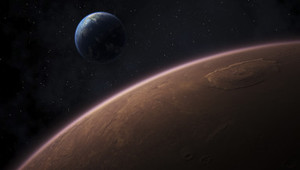 Mercury and  the Sun are conjunct in Virgo, square Mars in Sagittarius over the next several days.

The Sun conjunct Mercury is typically considered a 'willful,' transit, especially now that Mercury is retrograde. This transit can indicate a lot of communication, and a desire for self expression. But, the square to Mars indicates agitation, and don't be surprised if someone doesn't say something that makes you mad. You could blurt out something that makes someone else mad. As Mars is in the sign ruling ideas, it would likely pertain to some personal idea or thought.

As Mercury is retrograde ideas could become confused, and misunderstandings rife. Watch your communication and if communication with others is unclear be sure and ask for clarification. Some people may be waiting for a fight whether they realize it or not. As the Sun is involved you bet that egos will be involved.

Mars-Mercury can also pertain to accidents, and it wouldn't surprise me if there aren't a lot of them over the next few days due to road rage or a lack or paying attention. Don't be one of them. Also, there could be problems with computers, cell phones, etc.

At its best this transit could signify a lively debate or communication with what we used to call a 'motor mouth.' Maybe you will be the motor mouth!

And of course we are gearing up for another lunar eclipse at the end of the week.
My advice is to watch your communication with others, negative self talk, and step away from those who are itching for a fight.
Posted by Leslie Hale at 9:44 AM