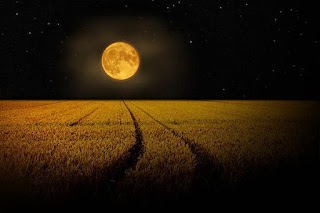 The most significant transits and planets in December will involve Jupiter, the planet of gain and expansion along with Saturn and Uranus. Jupiter shows us where our luck will occur and is positive. Saturn rules our structure and Uranus rules the new and the unexpected. During December we will be dealing with all three.

We begin the twelfth month as Jupiter completes its square to Pluto over the first several days. This transit can be considered transformative change but not without struggle as it is a square, and the fanatical nature of the planets involved must be considered as well. This square is prone to power struggles and strong opinions.
Jupiter forms a sextile to Saturn, the planet of structure. This transit is exact December 15-20.

Jupiter-Saturn transits can be positive and events and projects can come together during this time. It is good for business and growth, or starting new ventures but its effects will be fleeting. It will repeat several times in the new year.

However fleeting it is, events that can occur at this time often involve the old and the new, structure can be created and new ventures started or move forward. That said, the window of opportunity is short as this transit will pass quickly as Mercury turns retrograde at 15 degrees of Capricorn, conjunct Pluto on December 19.

As Mercury conjuncts Pluto for several days (December 19-20) new information can be revealed or come to light that was previously unknown. Mercury-Pluto transits are obsessive in nature, and often concern propaganda, arguments and those who try and push their opinions on others. While things may appear to be going well, glitches can suddenly occur that can slow things down and this could represent a turning point again, where we must back up and things corrected.

In the world, this transit will represent heated arguments and a re-look or review of what has occurred. The news media is typically involved with Mercury-Pluto transits and we must differentiate between what is real and what people try and convince us to believe. Pluto rules unabridged power as well as nuclear issues, and this transit will be volatile.

December 19, the US electoral college meets to cast their votes for President. This will be a pivotal time in US history as it is only the fifth time a candidate has been elected that did not win the popular vote, the last being in 2000 when Al Gore won the popular vote but lost the election. At the time of this post it appears that Hillary Clinton won the popular vote by close to 2 million votes. This is larger than anyone in history who did not go on to become President.

Mercury squares Saturn in the US natal chart and opposes the Sun (the head of state). Pluto is within orb of its square to Saturn during this period and Mercury conjuncts Pluto. This shows a lot of serious debate and friction.

It is never advisable to begin new projects on a retrograde Mercury (December 19-Janurary 8, 2017). As this Mercury turns retrograde at 15 degrees of Capricorn, this cycle will typically be concerned with security and safety, business and matters of priority.

On January 5, 2017 it retrogrades back into Sagittarius where it will remain through January 12, and then move through Capricorn again when it turns direct.

What to Avoid during retrograde Mercury
Retrograde Mercury is the wrong time to start new projects, get married, or buy high ticket items as in the end, you may not be happy with your decision. I have tested this theory many times over, and if you start any of the above you do so at your own peril.

The exception seems to be those who were born with retrograde Mercury, but many of the people you will deal with were not born with Mercury retrograde in their natal chart. This is part of the natural cycle of life and my advice is not to sweat the small stuff!

Best Use of Retrograde Mercury Energy
A retrograde Mercury is, in fact a time for re-doing, re-thinking and re-working projects and issues. In a perfect world we would rest, rethink, and re-evaluate.  Of course, the world is not perfect and we generally have to keep moving, but if you can view this as a period of re-doing and re-evaluating your life and situations, as opposed to starting new projects you are using the energy in the best possible way. We become more reflective, thus thinking can become deeper.

Fated Events and Situations
Retrograde planets often coincide with events that seem fated:  that is events or situations occur that seem to be thrust on us or out of our sphere of ability to control. Business deals and projects fall through, people break up or get back together and we have seem to have no power over what is happening. Issues that have not been previously resolved come back to haunt is. Retrograde Mercury relates to the past and sometimes we reconnect with those from our past.

On December 23, Jupiter enters its opposition to Uranus. Jupiter-Uranus periods coincide with sudden and unexpected changes and events that can include money and the financial markets, fanatical viewpoints and opinions, and sudden and unexpected change. This cycle has to do with the awakening of human consciousness and combines aspirations and effort as it relates to the potential progress of man. It is prone to extremist behaviors as Jupiter increases anything it touches. It is considered a capitalist oriented cycle and Uranus rules coups and revolutions as well as rebellion against the status quo and it is a powerful agent of change. This transit will repeat several times in 2017.

For some this can increase the need for travel and personal freedom. You may feel more of a desire to do things your own way. In general, many people in relationships will experience a desire for more freedom, and if this is the case you would be wise to allow it and go with the flow as the situation can break down, otherwise.

This transit has an element of the gambler in it. We can expect sudden twists and turns, unexpected events, unconventional pairings, and while overall positive, some things and relationships can end at this time while other may begin.

Saturn will also trine Uranus, and while the energy will be powerful all of December, it becomes exact at 20 degrees of Aries/Sagittarius December 24. The energy will continue to be powerful into January 2017. While Saturn rules the old, Uranus rules the new and revolutionary. This can bring change and stability that can occur without the trauma it is often associated with.

We can experience a practical application of creative and inspirational ideas that can take form at this time and realize progress in personal and professional goals. You may gain or benefit through older established persons, and experienced increased awareness and the ability to focus your concentration on matters of importance. You may experience new goals and methods of performance in work situations, and connect with those from your past. In all ways positive.

While Jupiter will make contacts with both Uranus (erratic-surprising changes) and Saturn (stability/structure) it is also becoming part of a Cardinal t-square that will reach its peak January-February of 2017. A t-square is a difficult transit consisting of three planets that for a t-shape and include an opposition (180 degrees) and 2 squares (90 degrees).
The cardinal t-square is not so different from the Cardinal Cross of 2014, that brought upheaval and chaos to the world resulting in great change.

This t-square will involve Jupiter (expansion, gain), Pluto (power structures, bullies, change and upheaval) and Uranus (coups, change, revolutionary tendencies, explosions and explosive circumstances), and we will once again see great change in the world during the first two months of 2017 which I will write more about in the future.

Other significant dates in December:
December 2, Mercury enters Capricorn. Communication will take on a more grounded and conservative approach for the rest of the month. Capricorn is the sign ruled by Saturn the task master. Thinking and communications will be more rational and well thought out.
December 7, Venus leaves Capricorn and enters Aquarius. Love energy will change and become lighter and perhaps more experimental. While Capricorn loves stability and commitment, Aquarius loves freedom and adventure.
December 10, the Sun conjuncts Saturn. This is overall negative and tiring energy, and not the best day to start new projects. Often we hear bad news in the world.
December 13, a full Moon occurs at 22 degrees of Gemini This Moon sextiles Uranus giving it a futuristic edge but it also opposes Saturn the planet of restriction and responsibility. Go toward the Uranus energy and try something new.
December 19, Mars, the God of war and planet of action leaves the sign ruled by Uranus and enters the water sign Pisces. While Mars in Aquarius is about going against the establishment in many different ways, Pisces is the sign ruling spirituality and compassion for others. Action tends to flow, rather than happen in sporadic bursts while in Aquarius. This will work well for water signs.
December 21, the Sun enters Capricorn and this is the Winter solstice and the first official day of winter. The Sun in Capricorn can be rich and warm, and we are more focused on stability and matters of priority.
December 25, Christmas Day, Venus trines Jupiter and this is a positive, hopefully and warm transit. Venus sextiles Uranus lending a spark of something new and exciting and Venus also sextiles Saturn which can connect us with those things most important and people from our past. This year we are blessed with positive transits at this time. Merry Christmas!
December 31, Mars conjuncts Neptune and this is an interesting transit to end the year on. Mars-Neptune periods typically coincide with low energy, confusion, and delusional circumstances. On the other hand, the energy can be directed toward the imagination, compassion for others or glamor. Make the most of it and let your imagination soar as to the possibilities the New Year can bring. Be careful if you drive or travel as Neptune is also associated with drugs and alcohol. Happy New Year!