Jupiter squares Pluto: the clash of philosophies and ideas 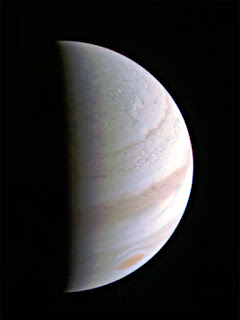 Jupiter is square Pluto and this transit becomes exact November 24. Between now and then this aspect is at its most powerful period, and after the 24th it will start to wane in terms of its strength. But, that does not mean the aspect is immediately over, and it will repeat itself several more times in the new year and its effects will be long lasting and have great consequences.

In December, Jupiter will oppose Uranus and this will become part of another t-square involving Uranus and Pluto, complicating the aspect and bringing large and important events to the fore.

Jupiter-Pluto transits can indicate religious, moral and other types of power plays among individuals, coercive tactics and fanatical belief systems. Personal philosophies may become evident and come into question. This transit  is indicative of impatience along with arrogance and pride along with the possibility of neglecting small but very important details.

Some individuals may try and reform those around them while neglecting their own personal development and be convinced they are right in many matters. In other words, power struggles are a major possibility. As Pluto is in Capricorn and Jupiter in Libra it could involve business matters or relationships, and this is not limited to romantic matters.

This transit will especially affect those born under Cardinal signs (Aries, Cancer, Libra, Capricorn) at 14-18 degrees, or have Cardinal planets at these degrees.

Sometimes with transits like this situations reach conclusions and matters end or come together. This is an important period in many ways.

If you were born with Jupiter square Pluto you may be a very dogmatic person and personal viewpoints and bias may be important, but you could alienate others with your forcefulness. You could have certain religious philosophies, or self created dogmas of some type and the important thing to remember is that all people must come to their own conclusions, and your personal convictions may not match everyone you meet. Sometimes this transit can be found in politicians with strongly held beliefs, especially religious beliefs.

In the world this transit will play out in terms of power struggles concerning ideologies and beliefs-in other words politics.

There will be increased need in the world to recognize various collective problems and concerns. Reform will likely become a theme, but there will be clashes over reform and what it means. (Pluto) There may also be an issue with knowing who is capable of discerning and implementing reform as opposed to individuals who view themselves as demigods who hold all the answers. This transit creates the necessity of the highest level of ethical performance which may not come about easily and people can be swayed and mislead by powerful and manipulative messages both on the world stage and in our personal lives.

There has been a clash of ideas over the past year, and I do not look for these clashes to resolve with this transit or when Jupiter opposes Uranus in December.
Posted by Leslie Hale at 1:56 PM