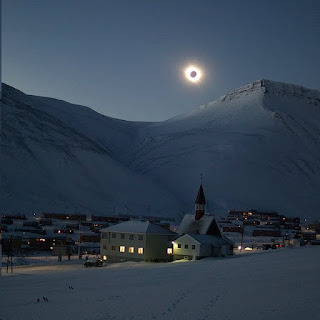 November brings the US Presidential election after a long year under the heavy and convoluted Jupiter-Saturn-Neptune T-square. (A t-square involved three planets that clash). This major transit has brought confusion, scandals, deception and an overall lack of clarity about many matters that I wrote about in the October newsletter, not to mention terrorism, racial divides and overall unrest of the population for reasons too many to mention here. It is responsible for both the Brexit vote in the UK and the rise of Donald Trump in the political sphere.

As Neptune squares Saturn it dissolves the old structures. The problem is that Neptune is characterized by illusion, delusion and confusion and herein lies the problem. In the rush to throw out the old, 'something, anything,' is not always better than the old structures as evidenced in 1935 when the last mutable t-square occurred.

If you have studied history at all, you know this period saw the rise of Adolph Hitler, a decision Germany will probably regret for all time. While Hitler lost the Presidential election of 1932, Hindenburg reluctantly appointed him as Chancellor of Germany in January 1933 due to the influence of the Nazi's.
Both Europe and the US failed to realize how strong Hitler had grown, and along with his secret decree authorizing the founding of the Reich Luftwaffe as a third German military service, failed to intervene or pay attention. The rest is history.

The most significant transit for November 2016 will be the square between Jupiter and Pluto, that eventually becomes another t-square as it approaches Uranus in Aries.  This will reach peak within a 3 degree orb by February-March 2017 creating another Cardinal t-square. This transit, while shorter than the Cardinal t-square of 2013, will nevertheless have a significant affect. The Cardinal square of 2013 disrupted governments around the world, and was the prelude to ISIS.

But, back to the Jupiter-Pluto square of November which will re-occur several more times during 2017. While the US election will be over the power struggles will just be starting. Pluto rules vengeance, hidden agendas, revenge and it deals with the abuse of power, which may come from any quarter of government or even from those opposed to the government. If the election is contested in any way, it will not be easily resolved.

As we saw in 2014, this cycle also deals with the rise of international terrorism.  There could be issues around nuclear weapons and threats, and there will be conflict and struggles in the government.  The financial markets could be affected. This transit will set off the final Saturn-Pluto square in the US Natal chart that has been ongoing for several years and deals with our structures and change. There is no doubt a major fight is brewing, I hate to say.

In some instances this transit can also deal with relationship issues, that can become embroiled in power struggles of different types. Sometimes this issue can lend itself to a desire for personal improvement, and it other times people may be criticized by someone who fails to see the flaws in him/herself. There could be issues around joint finances or other people's money.

Jupiter will square Pluto (within a 1 degree orb) the third week of November, completing/peaking on November 24. It is important to be aware on a personal basis how powerful this transit is, especially in terms of dealing with those who may oppose your efforts on some level.

By the final week of November,  Jupiter moves into a sextile with Saturn that goes into early December. This is a short transit as Jupiter will oppose Uranus later in December.

Jupiter sextile Saturn is a more positive and constructive transit. If you have planets in your natal chart in Libra, Sagittarius, Aquarius, Aries or Leo at 15-19 degrees this can bring a period of growth and stability in whatever part of your chart it aspects. Now is the time to act on projects and dreams you have held closely. While Saturn rules structure, Jupiter is the planet of expansion and gain, and this is the time to make major decisions, start companies, and act on projects. But, it is a short window of opportunity as Mercury will enter its post retrograde shadow period in early December. But, there is stability and growth in this transit, use it wisely! Saturn won't sextile Uranus again until May 2017.

Neptune turns direct on November 19, and clarity will increase and many things, scandals and unclear situations will be revealed and see the light of day both in the world and in our personal lives.
Neptune began its backward motion on June 13, and since that time we had a lack of clarity about world events and in some cases our personal lives. Neptune is the planet of illusion, delusion and confusion, and while retrograde, or in a hard aspect, such as the mutable t-square and Saturn-Neptune square spring-fall of this year it is very difficult to see all things clearly, if at all.  This is the nature of Neptune and what may seem very real and solid at the time may be nothing more than a personal illusion. This should change as Neptune moves forward.

Your desire to be compassionate toward others may increase, and artistic efforts may move forward  at this time. If you have Neptune aspecting something in your personal chart, and it turns direct, situations may be revealed for what they are, good or bad.

Mars leaves Capricorn and enters Aquarius November 7, at 12: 52 AM where it will remain until December 19. Aquarius is the sign ruling the collective, and by this point we should know the results of the 2016 election, assuming the Moon conjunct Neptune does not confuse the matter in some way. Mars at 0 degrees here is very powerful, and Aquarius is ruled by Saturn and Uranus. Aquarius is often associated with revolts, wars and revolutions.  Aquarius is about freedom and many people won't want to feel hemmed in.

The Sun will be in Scorpio most of the month, in the most secretive and intense of signs ruling the eighth house of other people's money and transformations.  On  November 21, it enters Sagittarius, the sign ruled by Jupiter, and the mutable part of fall, where weather can change on a dime.

Venus leaves Sagittarius and enters Capricorn on November 11. Love matters take on a more serious and practical tone with Venus in this sign.  On Thanksgiving day, November 24, Venus conjuncts Pluto and this may be the most significant transit it makes in this sign. This is an intense energy, prone to obsession and problems with love or money between the sexes. It tends toward intense emotional experiences and reactions, one way or another. There may be significant issues between loved ones this holiday.

Mercury, the planet ruling communication leaves secretive Scorpio and enters Sagittarius November 12. Communication will be much lighter with Mercury in this sign. Now is the time to shop for holiday gifts as Mercury will retrograde for the final time in 2016 on December 19. Gifts bought at this time or even before may be returned. Fair warning!

November's full Moon falls at 22 degrees of Taurus on November 14, and the Moon in this sign rules the second house of money and possessions, and one way or another it is here our focus will lie. As this moon makes no harsh aspects, the potential is for a laid back, 'earthy' kind of experience. The ruler of Taurus is Venus, so this is a good day to spend with friends, a significant other, or any other type of social activity, or activities connected with making money. Enjoy!

The New Moon for November falls on November 29, at 7  degrees of Gemini. As this Moon squares Neptune, facts may not be clear, and misunderstandings easy to come by. Dreams will be prevalent. There could be an unclear situation, or a feeling of melancholy  and now is not the time to act on impulses or make solid decisions. As Venus also squares Uranus today, you could experience unexpected events in love, money or your social life. Some relationships could end, but only if they are tottering on the brink anyway.