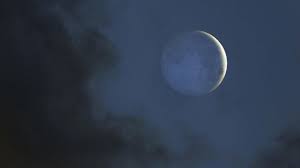 A New Moon rises October 30, at 1:38 PM, EST, falling at 8 degrees of Scorpio. This is considered a 'black moon', which means this is the second new moon to fall within a month. There is a great deal of hoopla over the 'black moon,' part of this moon, but astrologically it means very little, and factually it means nothing.


Lunar events like this not that rare, and can be compared to a 'blue moon' which the second full moon of a month would be considered. New Moons are considered new beginnings or they can represent a type of beginning or starting over in some way.

This moon makes a pleasant trine to Neptune and there are no hard aspects, which makes it less stressful. This Moon falls in Scorpio, the sign ruling the eighth house of change and transformation. It also rules death (literal and figuratively speaking), taxes, debt and other people's money. This Moon has the power to transform in some way. Scorpio is ruled by Pluto and Mars and on October 29, Mars squares Uranus, and this becomes part of the New Moon energy. This is an unpredictable and volatile combination and it's hard to know exactly what to expect, but its affects will play out in our lives and in the news as well. Uranus rules electricity, aircraft, earthquakes and explosions. As Venus is conjunct Saturn (in Sagittarius) ideas and philosophies can be formed and honed, but this is a better transit for business than love as Saturn can turn cold (or practical). I'm sure we will see surprising and volatile situations in the news before this moon completes.

Looking at this moon from another perspective, as Black Moon Lilith re-entered Scorpio on October 26, this Moon is conjunct Lilith and this amps up the powerful and primal transformative or destructive energy. This will lend to the collective undertones an aura of danger, passion and sexuality, deep or dark secrets.

Black Moon Lilith is in her sign of exaltation in Scorpio. Her domicile is Capricorn, the opposite of the Moon's natural sign. Where Lilith is found in our personal charts is considered the place we hold we can hold vengeance, and ultimately be done in by our own desires left to run amuck. It is important to know on a psychological level where he darkness comes from and where it can take us in a positive sense. In this sign (scorpio) Lilith's scorpionic archetype is called to look for that which is off limits or typically considered taboo and will plumb the depths to do so. Lilith here can bring up unconscious memories, mistrust, control, and compulsion.

Our job is to access this inner intensity and direct it into positive channels rather than negative ones. If we can do this, we can achieve transformation of the highest order. It seems the perfect moon for Halloween and for those who wish to connect to the veil between the worlds of the living and the spirit. Or its equally good for those who just wish to enjoy the evening.
Posted by Leslie Hale at 1:29 PM