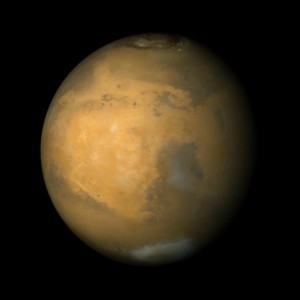 Mars opposes Uranus this week at 25 degrees of Libra-Aries, and the transit is exact Friday, November 30, in the early morning hours. We will see and feel the effects of this transit before and after it is exact.

As Mars is in Libra, the sign ruling the 7th house of marriage and partnerships, it is likely this transit will affect relationships and it is not limited to romantic relationships but can encompass many different types of relationships. Some relationships will end at this time.

Mars is considered at its detriment in Libra making it very powerful. In astrology a planet in its sign of detriment is likely to show its worst side, and Mars is considered, 'the God of war.' Mars rules men, action, guns and police and military action.

In our personal life, this can be an angry and volatile time, especially if Mars aspects anything in your personal chart. This transit will aspect those with Cardinal planets at 24-26 degrees. (Aries, Cancer, Capricorn, Libra) Mars-Uranus transits are prone to unexpected or surprising events, changes, accidents, rash action and separations. Now is not the time to push issues or issue ultimatums, but rather let this energy move by and wait for a better day.

If this does aspect your chart, now is the time to take a deep breath, and not approach sensitive issues that will result in explosive circumstances, but rather wait for a better day.  You could fall victim to someone elses anger, and no doubt you will see this energy at play in your life and in the world.
As Mars approaches its opposition to Uranus we will see unexpected and explosive events that could involve aircraft, accidents, coups, explosions, guns, weapons, sudden changes, and anger.

Mars-Uranus will certainly involve political events in the US as forms a t-square with US President Trump's natal Saturn/Venus conjunction. Venus rules women, money and values, and a t-square is a difficult configuration.

The last time this transit occurred was December 10-11, 2015. In the US, the San Bernardino terrorist shooting occurred before this transit was exact (December 2), the US military opened combat roles to women (December 3), President Trump called for a Muslim ban-(December 8, 2015).