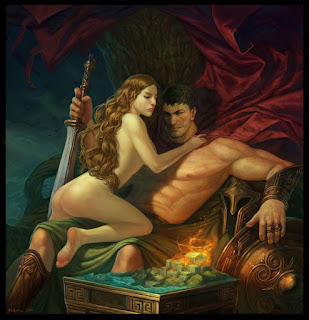 Venus enters Scorpio at 6:39 AM, November 7. Mars has been in Libra since October 22.

But, while Venus and Mars are in mutual reception, they are also both in the sign of their detriment: Venus is considered at its detriment in Scorpio, and Mars in Libra.

This means the planets have a difficult time operating in these signs. As a matter of fact they are known to misbehave in these signs, and not operate according to norm. Scorpio is too intense and heavy for Venus and Libra is too passive for Mars. Neither sign is comfortable and actions will play out accordingly, and often in an uncomfortable way.

Have you noticed the recount of personal sexual abuses that have taken off on social media? #Me too went viral in October as a way of encouraging women to recount details of personal sexual abuse as Mars entered Libra. Numerous men have found themselves in the hot seat in terms of their past sexual behavior, and not just in the United States.

A combination like this does not come along often, and it appears to be the recipe for drawing attention to inappropriate sexual encounters.

This combination can draw attention to other inappropriate matters between the sexes such as domestic abuse and violence. November 6, it is being reported the gunman who killed 26 people over the weekend at a Texas church has a history of domestic violence and animal cruelty.

Neither sexual or domestic abuse is acceptable in any civilized society, and Mars and Venus in their detriment, as well as Jupiter in Scorpio will continue to draw attention to these matters.
Posted by Leslie Hale at 1:13 PM