Uranus Enters Taurus: The Plot Changes on May 15 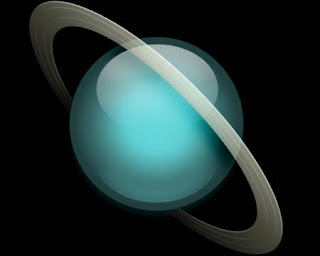 Uranus, the planet of radical change, surprises, freedom, creativity and innovation leaves Aries to enter the sign Taurus on May 15, 2018. Buckle your seat belt though, because as Uranus changes signs only once every 7 years, it can be a wild ride as the planetary energy shifts!

On the same day, Mars also changes signs and enters Aquarius. This will create an extraordinary planetary clash, and we can expect sudden and surprising news and events.
Uranus does nothing slowly, rather it enters like a whirling dervish, acting quickly and sometimes turning things upside down, or spinning them around in the other direction in the blink of an eye.

Uranus won't be hemmed in and its energy can seem cold and detached at times. What we can expect is for our storyline to change in some unexpected way. This is how Uranus can liberate us from situations, and even people, that have been holding us back.

Big Changes Are Coming
When Uranus changes signs and enters a different sector of our chart, we often find the ideals we have long held no longer apply, or have changed and we have to find new ways of looking at things. Different ideas may come into the picture that perhaps we haven't considered before, and this can become our liberation and freedom from those things and people no longer serve a purpose.  In this respect, we can see how Uranus represents discovery and innovation, as well as liberation from the past. When Uranus removes something from our life, it's time is up and whatever has been removed was often dragging us down more than lifting us up. Either way, change is imminent, and we must move forward in an often untried direction.

Uranus will remain in Taurus until November 6, 2018, when it retrogrades back into Aries for four final months, not to return to Aries until 2103. Uranus will re-enter Taurus on March 6, 2019, where it will remain until April 26, 2026.
Uranus is called the Great Awakener. It can give us a strong impulse for rebellion, shock, change, taking chances, doing unexpected things, and breaking away from those things, people and situations that we find safe, boring, repressive or that which have outlived their usefulness. Uranus’ transits to your natal chart can be surprising and shocking, or exciting and liberating.

Uranus and Taurus at Odds
Uranus rules all things unexpected, the future, technology, electricity, aircraft, scientific and creative genius, as well as global brotherhood and the unimagined future yet to come, such as the internet which was unimagined in the 1960's by most people.
Taurus is a fixed earth sign which represents things that are tangible such as money, land, wealth and material possessions. Taurus is steady and stable all the way and prefers to stick to established norms and situations. Uranus on the other hand, favors revolutions, freedom at any cost, extreme actions/situations and the new and untried as opposed to the Taurean idea of stability and security.
This innate self-contradiction is why astrologers say Uranus in Taurus is 'at its fall.' This does not mean things will be all bad, but simply Uranus and Taurus do not naturally mix well as they represent opposite ends. Uranus is considered at home, or in the sign of its rulership in Aquarius.

Mars will be in Aquarius (Uranus' sign) through mid-November and when these two planets clash, we will see many unexpected changes occur. These clashes will occur as Uranus enters Taurus mid-May, early August and again mid-September.
As Uranus changes signs, we need to be flexible and adaptable. Most of all, we need to remember Uranus rules the future, and the future is meeting up with the present. Change is inevitable on some level with this shift for every living human on the planet.
Taurus is the ruler of the second house of money and its ruling planet is Venus, which concerns love, money and social values. Many shifts will occur in these areas over the next number of years, as well.

During this major planetary transition, it is most important to keep moving, keep positive and not hang on to the past. Circumstances will show you that things are in a state of change, and what worked in the past is no longer working. Uranus in Taurus is not something to fear, but rather to look for areas of your life where you have settled, accepted, underperformed, or may simply be ready to leave behind and try something new, or move in a completely different direction. Do you best to embrace change, because change is on its way whether you’re ready or not!
Changes to Expect:
Money, possessions and finances. Shifts may occur either positive or negative in personal finances/possessions. This is a good time to look at your own personal finances, as well as what you can do to save, invest or work on improving over the next few years.
Society/personal values and our social lives. Sometimes friendships outlive each other and we enter a period where we need to seek new acquaintances. Solid friendships will withstand any momentary crisis.
Love, relationships and marriage. With Uranus in the sign ruled by Venus many relationships will end and new ones will begin. There will be a surge over the next seven years of both marriage and divorce. A solid and well grounded relationship will survive obstacles, and weak relationships that are tottering on the edge will likely end to make room for a more appropriate union.
Changes to Expect Based on Your Sign
Uranus will affect us all in different ways, but Taurus is somewhere in every chart. Here is a quick look at how the signs will be affected, or if you know your rising sign, use that.
Aries - finances
Taurus - its personal, everything
Gemini - the subconscious or spiritual world
Cancer - friendships, hopes and wishes
Leo - career
Virgo - world view, education, travel
Libra - sex, other people's money, transformation
Scorpio - relationships/marriage
Sagittarius - work/health
Capricorn - love, friendships, children
Aquarius - home, family