Astrology of the American revolution 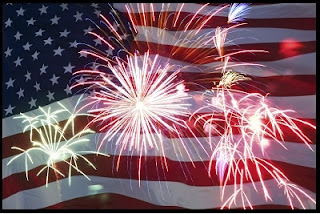 On the night of April 18, 1775, hundreds of British troops set off from Boston toward Concord, Massachusetts, in order to seize weapons and ammunition stockpiled there by American colonists. Early the next morning, the British reached Lexington, where approximately 70 minutemen had gathered on the village green. Someone suddenly fired a shot—it’s uncertain which side—and a melee ensued. When the brief clash ended, eight Americans lay dead and at least an equal amount were injured, while one redcoat was wounded. The British continued on to nearby Concord, where that same day they encountered armed resistance from a group of patriots at the town’s North Bridge. Gunfire was exchanged, leaving two colonists and three redcoats dead.

Afterward, the British retreated back to Boston, skirmishing with colonial militiamen along the way and suffering a number of casualties; the Revolutionary War had begun. (from Ask History)
The shot that was fired April 19, at 5:00 A.M.,1775,  later became known as, "the shot that was heard around the world," otherwise known as the Battles of Lexington and Concord. Thus we have the chart for the start of the American revolution.

The Sun is at 29 degrees of Aries, the anaretic degree, typically coinciding with critical moments. The ascendant is at 22 degrees Aries, making Mars (guns/war) the chart ruler.
Mars (the shooter) is at 26 Leo, falling in the 5th house of young people (who fought the war) and square Venus (22 Taurus), Jupiter (23 Taurus) and Uranus (0 Gemini). This shows money and assets as a key motivation in the revolution and (Mars-the shooter) had enough and reacted suddenly out of anger-agitation.

Saturn at 3 Libra opposed Mercury at 2 degrees of Aries from the 6th to the 12th house, showing what would be considered at the time "subversive' activities or those against British rule. This shows stern opinions and beliefs as well as determination. Saturn (Libra) is about the 7th house of those considered open enemies, the law and Libra rules laws and governments, and Saturn in this sign is considered exalted. Those opposing the British operated in secret and were determined to break away from British rule, not to mention fear of arrest or apprehension.
Libra (Saturn) is portrayed by the scales of justice. The US would be set up by a system of checks and balances, and while nothing is ever perfect the laws would reflect freedom, and justice for all.

The US is still a work in progress.

In the 1700's the sixth house concerned servants, as opposed to how we view it today. It's possible the man who fired the shot was tired of feeling like a 'servant' to the British crown or vice versa.
Uranus at 1 Gemini falls in a money house, and as it sextiled Mercury, shows an idea (Democracy) that was powerful in its effect, if not inspired.

It takes Pluto 248 years to make its way through each sign of the zodiac, making a full circle. Each time Pluto squares or opposes the US Sun (natal chart) we as a nation will see many challenges and changes. Pluto is opposing the US Sun at this time, and since Pluto entered Capricorn in 2008.  Pluto will return to its placement in this chart in 2021 for the first time. Will we see another revolution? That will be the subject of another blog!