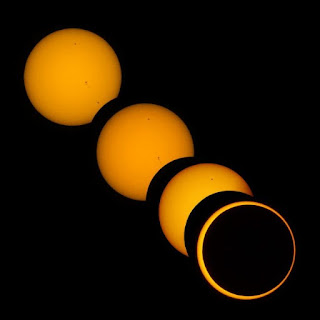 The first solar eclipse of the summer falls on July 12, at 20 degrees in Cancer.
Cancer rules home, family, the foundation and the emotional life. With this eclipse the Moon will oppose Pluto at 20 degrees of Capricorn and Pluto is retrograde.

The Sun will also oppose Pluto and this powerful energy relates to come type of crisis, 0r turning point or both, for many. Some things, situations and relationships will end to create a new beginning. At best, this eclipse can signify a regeneration of something as Pluto rules change, transformation and regeneration.

Look for people to be angry, argumentative and upset over the days before and after the eclipse. This eclipse will bring a theme of loss for many, unfortunately. This is not the best time to bring up controversial subjects unless you want a fight or argument.

Pluto rules the dark undercurrent, things that are secret and hidden, sex, death and regeneration, power struggles, decay. Powerful forces are at play involving the subconscious mind, personal and collective power, abuse, and ultimate change, all of which may not be within our control. It could intensify deep seated fears and issues within the subconscious mind and absolute obsessions over personal situations. Family and the emotional state will be front and center. There will be a deep desire to let go of that which is no longer beneficial. Pluto is the ultimate harbinger of change, frequently change that is out of personal control.Nothing with Pluto is superficial.

Sun-Moon-Pluto oppositions can relate to emotional breakdowns, out of control emotions leading to dangerous situations, danger and violence or abuse, and skeletons coming out of the closet, and information being revealed.

This eclipse falls on fixed star Castor at 19.8 degrees of Cancer. According to Robson, 'Castor gives distinction, a keen intellect, success in law and publishing, many travels, a fondness for horses, sudden fame and honor but often followed by loss of fortune and disgrace, sickness, trouble and great affliction.'

This eclipse symbolizes change as a result of crisis, and we must turn to our own inner resources to resolve the crisis. In some ways this eclipse represents the death of many situations, and death may be a theme either literally or figuratively.

A loose grand trine pattern falls within the eclipse linking Jupiter (expansion/grace), Neptune (compassion/creativity) and the Sun/Moon (ego, emotions). As a result of the trine we can have an easier time finding help, solutions and compassion for ourselves and others.

Venus trine Uranus can give the urge to try something new, romance and affections.

We experienced a lunar eclipse at 20 degrees of Cancer, January 9, 2001. But this eclipse was not in opposition to Pluto which changes it significantly. Look back at this time and you could have a clue as to what this eclipse may affect in your personal chart as solar eclipses repeat themselves every 19 years.

Pluto urges transformation of the negative, destructive parts of life and transformation to a higher and better realm of living. The grand trine and Uranus shows potential outlets but not without work and effort, and the possibility of change as a result of crisis.

Those most affected by this eclipse will have Cardinal planets-Aries, Libra, Cancer or Capricorn at 18-22 degrees.

This eclipse will bring about crisis situations in the world. Pluto deals with absolute power, nuclear situations, abuse of power, destruction, crime at high levels, attacks on the media, issues involving media, potential destruction, mass anger, and transformation. It falls on the 2nd/8th house axis of the US natal chart (Sibly chart) which rules money, debt, finances, death and endings. As it falls on Mercury, this rules children and young people as well as communication and we will see issues related to these subjects and issues which will be impacted.

The chart of Japan stands out as this eclipse squares Uranus. At the time of this post 155 people are dead as a result of flooding and a major storm is expected to hit Japan and surrounding countries. Uranus is often associated with unexpected weather disasters, volcanoes and the like.

We could hear of issues relating to oil and we will certainly see those in the news who are prepared to force their will on others.

In two weeks we will experience a lunar eclipse at 4 degrees of Aquarius on July 27.