The Great conjunction of 2020 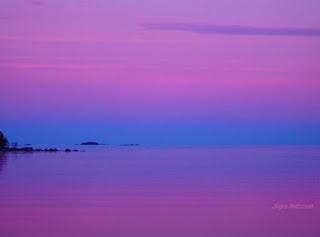 During the month of December we will have an opportunity to see Saturn and Jupiter side by side in the night sky! This is because Saturn and Jupiter will conjunct, or be side by side this month offering a once in a lifetime opportunity to see them. The best evening to look is December 21st, but they will be visible at other times as well. To read more about how to see these planets click here.

Saturn and Jupiter will be visible to the naked eye, but they also have major significance in astrology as they only meet up every 20 years. This marks the beginning of an entirely new cycle, and a new time in our lives and in the collective. We are leaving the old story and a lot of baggage behind. Consolidate your losses now, and there is no point in dragging your past with you into the future. It’s time for a new approach and viewpoint.  What will your new story be?

December 17th, Saturn enters Aquarius changing energy and our focus dramatically over the next 2 and half years. Saturn is called the taskmaster in astrology and is typically concerned with boundaries, work and achievement. Saturn teaches people to work through limitations, obligations and adversity. There is always a focus on the sign and house Saturn travels through both in our personal charts and on a global level. If Saturn makes easy aspects we have gain with a great deal of work. If Saturn makes harsher aspects with other planets we typically have some type of obstacle to overcome. Saturn last transited through Aquarius February 6, 1991-January 29, 1994. If you are old enough to remember this time you may have an idea as to how this Saturn cycle will affect you on a personal level.

Aquarius is a futuristic sign that builds with a vision toward the future. The planetary rulers of Aquarius are Saturn and Uranus. Saturn represents structures and building but Uranus is the planet of technology, cutting edge medicines, science, and ideas that are at times of a genius nature and quality. But, Uranus is also unpredictable, changeable and in some cases explosive, so some unexpected situations will also arise next few years as well.

Aquarius rules the 11th house or the collective and groups.  During this Saturn period we will all be working to find our own place within the collective and with Saturn in this sign, the collective will make their voices heard. This Saturn cycle will bring more structure in the way we deal with the pandemic, among other things.   Aquarius is connected with humanity and those things we all share as inhabitants of the planet. This includes the planet itself and issues of survival such as enough food, healthcare and a desire to build our own life on our terms within the collective, as well as the betterment of mankind.

Aquarius is revolutionary, rebellious and analytical, detached and employs reason over emotionally based decisions and ideas. Aquarius is not afraid to question the powers that be while putting the collective welfare at the top of ideals and plans.

Aquarius is connected to science and academics and allegiance to ideas or doctrines which can turn out well, or badly. Aquarius is about moving away from strict dogmas and doctrines that only approach things in one way. This energy will be more open and all encompassing.

The darker side of Aquarius is that it can be erratic, self-absorbed, tactless and more focused on the collective rather than individuals. Aquarius is an Air sign so as reason supersedes emotion Aquarius is not known for its personal warmth. Abraham Lincoln was one of the most famous Aquarians and his focus was clearly on the collective as he led the US through the Civil War of the 1880’s.

In 2021 Saturn will square Uranus three times: the weeks of February 14th and February 21st, the week of June 13th and the final week of the year or the week of December 25th. Saturn-Uranus cycles are associated with changes in finance, the financial markets and money. Many global changes may occur at this time of an unexpected nature. Uranus rules aircraft, technology, coups and revolutions and explosive and unpredictable events. In 2008, Saturn opposed Uranus. In 2000 Saturn squared Uranus. At that time Saturn was in Taurus and Uranus in Aquarius. This coincided with the burst of the dot com bubble.

Jupiter is the planet of gain and expansion, optimism and abundance and joins Saturn in Aquarius two days after Saturn enters the same sign or December 19th. Jupiter in Aquarius is futuristic, revolutionary and concerned with fairness and social justice. Jupiter’s expansive and freewheeling nature will work well in the sign that is concerned with humanitarian interests, independence, freedom and innovation. All of this will be far different energy than Jupiter/Saturn in Capricorn we have experienced over the past year. We will be more concerned with new ideas, novel approaches and doing things our own way. We will also be leaving a lot of baggage behind us as we begin a new chapter in our own lives as well as the collective.

On December 21st Jupiter meets up in the sky with Saturn and the two form a conjunction which means they are together or side by side. This is one of the most important cycles in terms of major changes in the world, and civilization. Some astrologers consider this cycle the foundation upon which the world is built. It has been said this cycle is considered the ground base of human development which marks the interaction between the perception of ideas, potentialities and the manifestation of ideas in the concrete material world. We well feel and see the results of these two energies in the weeks before and after the planets are conjunct. Jupiter joins Saturn once every 20 years.

The Saturn-Jupiter conjunctions occur in the same element for long periods of time. This 20 year conjunction marks a 200 year change from the Earth signs-Taurus, Virgo and Capricorn to Air signs which is very significant. In the future we will be dealing with the element of Air. This will bring information to the forefront of things to an even greater degree than it already is. We are entering uncharted territory and a new era.

What could the Great conjunction mean for us personally?

-We may become more tolerant of others.

-We will be working to find our own individual place within the collective.

-New ideas and concepts. We should guard against strict dogmatic attitudes, which would miss the point of the Aquarian expansiveness.

-More personal structure and awareness in dealing with Covid.

-Being a part of the cutting edge in technology, medicines, entertainment or another field.

-A larger than previous vision of something we will work toward.

-Feeling freer to be ourselves.

-A greater awareness of the suffering of others and doing something about it.

-Becoming an advocate of freedom and equality for all.