A fiery full moon in Aries! 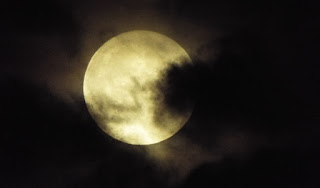 This month’s full moon falls at 27 degrees of Aries in the early morning hours of October 20th. Aries is a hot fire sign so this will not be a laid back type of energy. Aries rules the first house of self and matters of self importance. As it opposes the 7th house (Libra) this full moon will have a theme of ‘we versus me’, and issues concerning marriage and partnerships may come up, as well as relationships of all types. Aries is bold and likes to initiate but putting down boundaries may be in order as well. Aries can also act in a rash manner, acting out first and thinking later.

Because of the Libra Sun we are aware of a need for relationships with others and balance and compromise, but the Aries moon is very self assertive.

As this full moon squares Pluto we may find ourselves caught in an emotional crossfire of emotions. Pluto is the planet of change and regeneration, but it also represents things and situations that can be revealed we were previously unaware of. Pluto rules sex, bullies, power structures, major change, breakdowns and decay. It is possible we could get caught up in some type of situation where we could have to choose whether or not to move forward or change something altogether, which is not always negative. At best, something we have been working on could come together at this time.

Mars squares Pluto and becomes exact the following day, October 21st making this energy very powerful on the full moon. This increases the potential for volatility and anger. Mars-Pluto is associated with anger, violence, complete change, fights, issues concerning joint finances and sex. Be aware of this energy, least you get dragged into an argument or angry moment you would rather avoid. Now will be the time to exercise patience, caution and good judgment. Physical exercise is not a bad idea either as an outlet for this energy.

In the US chart this moon falls in the 4th house which rules the core of the country or the foundation and it squares Pluto and Mercury. This will create issues concerning abuse of power by certain factions or people, issues concerning money, finances, control, death, emotionally charged issues, young people and important communications. With Mars there is a possibility we could see some type of volatility or accident.