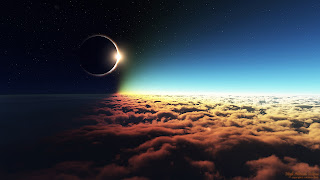 The November New Moon falls on November 4th and the lunar peak occurs at 5:15 EDT. This is considered a ‘Supermoon’ which appears closer to the earth and is associated with more extreme high and low tides as well as earthquakes and tidal waves.

This is a highly significant New Moon as it opposes Uranus along with the Sun in Scorpio. Uranus is the planet of freedom, and sometimes freedom is demanded at any cost. This will be a very unpredictable Moon bringing with it all kinds of surprises and unexpected situations, so it is best to remain flexible.

The Moon rules women, home, family and our emotions. Its opposition to Uranus can bring about all kinds of unexpected surprises from others, along with changeable emotions. Uranus often is found in coups, rebellions and circumstances where someone or a group of individuals want to be liberated from something or someone, good or bad, warranted or not.

For some, this New moon will coincide with breaking away from things and individuals you feel are standing in your way. This can be the ending of a planned response such as leaving a job, or it can more likely be an unplanned response that occurs ‘out of the blue.’ If this is the case, it would be the result of tensions that have been building for some time. Uranus transits tend to cut away that which has outlived its purpose.

This moon also squares Saturn; the taskmaster and planet of restrictions and responsibility. This is usually associated with work and responsibilities, and sometimes can have a tiring affect.

Profound breakthroughs can occur at this time, or you could experience an ‘ah ha’ moment when the light bulb finally comes on. Moon-Uranus can produce both excitement and anxiety as it is known to produce sudden, unanticipated results and events. Much change will occur on and around this moon.

Mars in Scorpio can be a fearless fighter with great persistence, but Mars has entered its square to Saturn which will create a type of frustration, or even blocked energy so hard work is necessary to accomplishment. The desire to transform or to change something may be there, but there can be blocks of to success with Mars, but this does not spell failure. A great deal can be accomplished with this transit and there can be a laser like focus at best.  The Mars-Saturn square will peak on November 10th, so this energy will be with us for a while.

As Scorpio rules the 8th house of other people’s money, this New Moon may involve situations involving money or finances and changeability in this area.

In the US (Sibly) chart this moon can produce unexpected events that could come from a subversive element, or we could see new revelations of some type and in all likelihood both. Money and communication will be front and center, and it will be a heavy news day. Moon-Uranus aspects can deal with changeable and unexpected financial markets, weather or earth conditions, air and spacecraft, volatile situations and new and cutting edge breakthroughs. There could be significant news concerning women on or around this new moon.