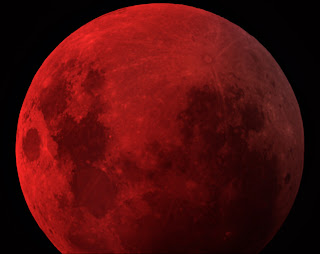 Mars enters Capricorn January 24th where it will remain until March 5th when it enters Aquarius.

Mars is the action planet and affects how we act and approach things. The last time Mars transited through Capricorn was February 16th-March 30th, 2020.

Mars in Capricorn is ruled by planet Saturn, called the taskmaster by astrologers. Saturn is the planet of structure, restrictions and hard work. It rules the 10th house of business and priorities and it is here our interests will lie during Mars transit through Capricorn. Mars is considered ‘exalted’ in this sign, which means the energy operates smoothly and easily so we can accomplish a great deal more now than during other times.

Capricorn is not a light hearted or frivolous sign. Mars in this placement is concerned with achievement, finding value in what we do, and stability.  Mars-Capricorn will enable us to harness the action oriented energy of Mars and direct and focus it in a patient and strategic manner toward whatever we want to accomplish.

Capricorn’s ruler Saturn shows us our boundaries and limitations so we can hone in on what is achievable and most important. Capricorn- Saturn can at times relate to austerity but it can also be rich, warm and enduring as well. Mars in Capricorn has a quiet sense of purpose along with the patience to work slowly and steadily toward what we hope to achieve.

Capricorn is a Cardinal sign which means it is about making things happen. This sign has the ability to forgo short term gratification in favor of something much more substantial in the end. There is often a sense of legacy with Capricorn, such as building something long term that will endure over time for future generations. As Saturn is Capricorn’s ruling planet it is also connected to the past and has a strong sense of worth that can come from tradition and things like historic preservation. Many antique dealers and those associated with antiquities have Capricorn planets. Real estate, farming and land are fields that can be connected with Capricorn.

The shadow side of Mars in Capricorn can relate to materialism, or the concept of ‘doing whatever you have to,’ to achieve success. Mars in this sign can also gravitate toward being a workaholic so it will be important to take time to relax and smell the roses. At times Mars-Capricorn can come across as calculating or cold, and sometimes even negative. No transiting aspect however, has the ability to turn someone into something they are basically not, but these are some of the qualities may be aware of and guard against as Mars moves through this sign.

Capricorn takes commitments seriously and generally lives up to them. A strong sense of purpose, a cool head and steady growth all hallmarks of Mars-Capricorn.  With Mars in this sign you will be drawn toward those who have strong drive and a sense of purpose and self worth. You will be far less likely to be attracted to frivolous things or people at this time.

Capricorn is also connected to the earth, so now is the time to plan walks, hikes or anything else that involves nature. There is a warm sensuality connected to this sign that can allow you to feel a special connection with others you are drawn to. Mars-Capricorn is a time to define what we want and have a plan for getting there so lean into it and make the most of this time.

Mars is in Saturn’s sign; Capricorn. This will give us the ability to work long hours on something without a great deal of difficulty. This may seem boring or tedious to some but every sign has its season and purpose. This one is all about accomplishment and getting things done.