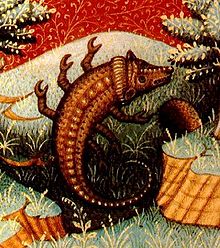 May15-16th (depending on where you live) we will experience a lunar eclipse that falls at 25 degrees of Scorpio. This is a total lunar eclipse that can be seen in most of North America except some Northwestern regions.  Check your local news or the internet for details on viewing it. This eclipse will have both positive and negative aspects and affects.

Scorpio can evoke dysfunctional behaviors and patterns, wounded feelings, dark and intense feelings of rage, repressed anger, hurt and reopen old wounds and traumas. If you have been hanging onto false illusions or ideas about someone or something that is not working, you may be forced to remove the rose colored glasses at this time and deal with reality along with responsibility. This eclipse can give us the resolve to deal with any adversity we have to.

Scorpio is the natural ruler of the eighth house of death and transformation, taxes, corporate and joint finances held with partners. It also has to do with the way we feel in relationships along with sex. Eighth house themes can often seem as though there is a feeling of forced change, ready or not.

Scorpio is ruled by Mars (and Pluto). Mars is considered the God of war, and Pluto rules power structures, bullies and change that is beyond our ability to control.  Pluto is considered the planet of revenge and can create obsessive feelings and hidden agendas and on the positive end regeneration.

For many the Scorpio theme will have to do with money, credit and taxes. It is an auspicious time look at budgets, investments, taxes, debt and finances.

With the energy of this eclipse, we will be confronted with what our obligations and responsibilities are, along with our limitations since the Moon squares Saturn. This is not light, airy energy, but it can make us resolute in our decision and give us the ability to carry through with what we need to do and accomplish.

Scorpio energy is generally can be dark and intense or alternatively very high and spiritual. It usually goes one direction or the other, and Scorpios more than any other sign must determine which road they chose to take in life: the high road or the lower one. You may make this type of choice about something during the eclipse.

Eclipses work on a personal level depending on what they are aspecting in your own personal natal chart. They also work on a world or collective level bringing about events that affect us all as a society.

The Sun is in Taurus and this Moon opposes the Sun as any full moon does. The ruler of Taurus is Venus, the planet of love, money and values On a collective level we are at a point in history when our values are being tested and we must reaffirm those things we value the most. Taurus (Venus) also relates to younger women, money, farming and agriculture, food and beauty.

This is the companion eclipse to the April 30th solar eclipse in Taurus. Taurus-Scorpio rules the 8th-2nd house axis in astrology which concerns money and resources, partner’s money and debt and change. It also rules drugs and transformation. For many though there will be a focus on financial matters over this period between eclipses as well as afterward.

Mars conjunct Neptune is a tiring and confusing aspect that leans toward the stimulation of emotional impulses and subconscious desires and feelings. This transit can bring about a self defeating attitude if allowed to run amuck and is frequently associated with confusion, lack of clarity, scandals and incorrect information.  At its highest this can also relate to spiritual pursuits and healing as well as artistic and psychic or intuitive endeavors. Energy is neutral and it is up to us to direct it, and we get better results when we do.

Eclipses almost always bring some type of surprise or unexpected event. An eclipse is like a street light showing us the way and what our focus should be on for at least 30 days and typically much longer.

Since Mercury is retrograde events connected to an eclipse can be delayed by a few days. It is unlikely any event the eclipse brings will be delayed much longer than this.

A full moon eclipse is a time to release negativity and with the Moon’s sextile to Pluto get rid of negative emotions and feelings that can drag us down so we may transform our inner life into something more positive and potentially useful.

This eclipse falls in the US natal chart’s 12th house which pertains to situations, people and events that are hidden and unknown. This includes prisons, hospitals, places of seclusion and anything that is subversive to the established order.  The Sun is conjunct fixed star Algol the most dangerous star in the heavens that deals with violence and the possibility of acting recklessly.

Mars conjuncts Neptune in the US chart just before the eclipse and sets off the natal Neptune square Mars. This deals with foreign affairs, race issues, partners and those considered enemies to the US, known or unknown. It also squares the Moon which rules the people of the country and in particular women. This shows a majority of women in the country upset or feeling repressed and they will make their voices known. We can expect many significant world events to occur on and around this powerful eclipse.