Karma: Yours or theirs? 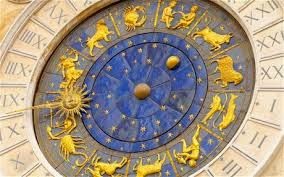 Years ago, my astrology teacher told me, "when a woman marries a man, she marries his chart. If a woman is single then only her chart matters."

At first, I didn't believe her, but as time went on, she of course, was proven right as she always was.

It's always interesting to look at the chart of a woman (and it could be the other way around) and as she begins to talk it's clear things aren't good at home. In some cases they are downright horrible. (I'm referring to women in serious relationships.)

Thank goodness I had a great teacher, and the years have taught me, look at the chart of the significant other.

The other chart always tells the tale. When a woman marries a man, she marries his chart, or in other words, she marries his karma. And it goes the other way as well.
She may have a great job, but if he can't keep one, things aren't good...

She may be happy with him, but if he isn't happy with her..
If she isn't, but he is an alcoholic or philanderer.. If she comes from a close family and his relatives are dysfunctional and always putting her down.. and on and on..

So if you are considering marriage, moving in, or being in a committed relationship, you are committing to the karma of your significant other. The karma, or how things will play out in life, or how life generally treats you, and how you react shows up in the astrological chart. (When I speak of karma I am referring to the end result of things, and the general way of life the natal chart shows).

There is nothing supernatural about this and every natal chart shows basic direction and promise in life. Some charts show ease, and others show a difficult, grinding existence. Most are somewhere in between and all human beings experience problems no matter who you are.

When I speak of karma I don't mean just the transiting planets as they move through the skies. That too has a big affect, but I also mean the natal chart the significant other was born with.

The natal chart and the transiting planets are two different things.

The natal chart is the chart you or anyone else was born with that shows the blueprint of your life and remains the same throughout your life. As they planets move through the sky they create aspects to our natal chart that show the current circumstances of life, which are always changing.

These planets can compel an individual toward a committed relationship or not at the time.

The natal chart, however shows the personality, traits and character of a person, their 'natal promise,' or what they were born to achieve, and how their life will be lived overall.

Let's say for example, a man was born with a Saturn conjunct his Moon in Capricorn, and the woman he marries or moves in and she has a Moon in Cancer, square Venus and Pluto in Libra.

This shows a woman who has a strong need to be loved, and will be miserable unless she gets it. She might even be manipulative and jealous if she thinks it will help her achieve what she wants.

Moon conjunct Saturn in Capricorn, however may feel that expressing his feelings, buying flowers and doting on his wife or girlfriend is unnecessary. He might show love by paying the rent and seeing that things are financially secure, he doesn't cheat so he feels that he has given his all.

Unless the woman he is with is of the right temperament and attitude and very mature, she is going to be miserable with this man. As their Moons are in opposite signs, this can attract, but further reinforce the feeling there is no common emotional ground.

And it works the other way. He would feel she was reactive, overly emotional, demanding  and manipulative.

This same man may be somewhat insecure on an inner level, bound to his job or duty and come from a family where feelings were never expressed, or had a cold upbringing. So, if the woman in question marries him, she marries his karma. By nature, he will never be an expressive man, and he might always put his job first.

They might tolerate each other for a short time, but unless maturity is involved along with enough love to reach an understanding, this relationship will likely fail.

Let's say a woman meets a man with Saturn in Aquarius in the second house (money) and opposing Jupiter/Uranus and square Neptune.

She likes the finer things of life and dreams of a big home, kids and fancy vacations every year. She is an Aries ascendant with Venus and Mars in the second house in Taurus, which squares his Saturn.

The man works hard, but doesn't get ahead, just pays the bills. Ideas and spiritual pursuits are more important to him than things, and money is only a means to an end.

Underneath he has a dream of artistic pursuits that won't pay the bills. When he does have a big opportunity it seems to fall through suddenly.

Unless the woman is willing to earn her own money to pay for the finer things she wants and understands money s not his priority, it's only a matter of time before the fighting begins and this relationship fails because of money issues.

The branch of astrology that deals with compatibility is called synastry and can reveal all of these things in advance.

This is important because when you marry or commit to someone, you should understand their basic karma, and how their overall life will be lived.

Compatibility/understanding is everything, and knowledge is always power.
Posted by Leslie Hale at 11:39 AM