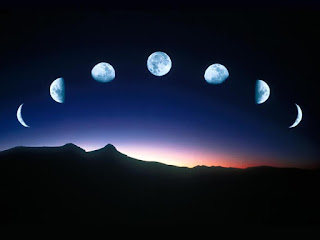 The Sun opposes Pluto on the heels of the dramatic full moon in Capricorn, July 9. It actually becomes part of the full moon energy, but becomes exact July 10, at 2:05 AM. This energy will be felt most strongly July 9, and up to its exact opposition July 10. It can also be felt in the day or two after, even though it is waning and decreasing in energy.

The Capricorn full Moon is conjunct Pluto, followed by the Sun's opposition to the planet of transformation.

I called this blog 'reset or reload,' in jest, but only partly.There are several ways to go with this energy.

Moon-Pluto and Sun-Pluto energies can be violent or volatile in nature, and  there will be some who come unglued at this time.

Pluto is intense and determined, and there will be those whose dominating behavior may become apparent. I have seen people have total emotional meltdowns during transits like these, and many things can be revealed: childhood abuse and trauma, skeletons can come out of the closet, or other issues that could involve sex or money. You could literally end up on either side of this energy-angry yourself, or the victim of someone else's anger.

My advice is to steer clear of controversial subjects at this time, or people you have issues with. Leave the argument for another time. Fight with someone now, and it will likely get out of control. People may project their shadow self. That is, they may project on you, what they, themselves secretly feel but don't outwardly communicate. Watch how you communicate with others carefully. Some things can end during these several days.

The other side of this energy can be transformative. You can take this energy and become an alchemist in your own life. What needs to change at this time? What do you need to do to accomplish this, and how do you act on it? My advice is to go with the more positive and productive side, thereby creating a 'reset'.

As always during transits this harsh, use caution in your movements and day to day activities.
Posted by Leslie Hale at 7:43 AM