The Great American Eclipse is coming! 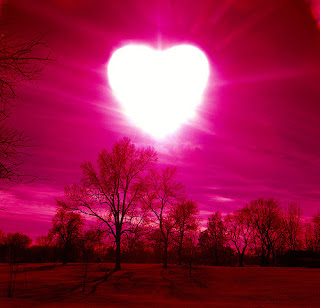 The Great American eclipse as it is being called, occurs August 21, 2017 and peaks at 2:30 PM, EST. It is called The Great American Eclipse, as it cuts a wide swath across the US, visible to some extent in  all states. Click here to see some of the most visible places.

This is a big event as it is the first total solar eclipse since 1979, and it has been 99 years since an eclipse of this magnitude casts its shadow from coast to coast across the US. The eclipse starts at the upper tip of Oregon and  finally exits in North Carolina. Eclipses have a stronger effect in countries where the eclipse is visible and along its path, and we can expect the focus to be on the US at this time, where major events will play out collectively.

Many people will travel to see this eclipse, and check the internet or local news to see when it is most visible to you. It's most visible point is the Nashville, TN area.

Eclipses have major effects on countries, people and any living thing including animals.

This eclipse falls at 28.53 degrees of Leo. Leo is a fixed fire sign, and rules the fifth house of children, friends, love and entertainment.

I look for this eclipse to be a very big event in terms of the fact we have not seen an event like this in nearly 100 years-in other words, an excuse for a party. I know this is one summer day I intend to take off, even if it is a Monday! I expect there to be many celebrations throughout the US, and some hotels have been booked for years. Mars sextiles Jupiter, which is a positive and enthusiastic transit as well. This eclipse will also trine Uranus which can seem electric and exciting.

5th house connotations-Leo rules the 5th house of love/friendships and children and entertainment. I expect to see many events and situations during and around this eclipse that relate to relationships and love. An eclipse can 'eclipse' something in, or out of your life and sometimes both depending on what it is aspecting in your personal chart.

Major events in the world/people- Leo rules drama and theatre, as well as royalty. Expect to see major events occur around the world around at this time.  We could see a fall from grace or significant news of a political leader (Former President Clinton was impeached after a Leo solar eclipse in 1998), or we could hear news of royalty, stars and others who are in the spotlight. Several who stand out at this time as being significantly affected by this eclipse are US President Donald Trump and the British royal family.

The Eclipse is hitting a critical degree-At 28.53 degrees of Leo this will foretell the end of many cycles. Critical degrees of any planet have to do endings. The eclipse falls on fixed star Regulus. Regulus with the Moon brings occult interests, powerful friends, danger from enemies and false friends, gain by speculation, public prominence, great power and wealth, honor, benefits seldom last, violence, trouble and sickness. (Robson)

Earthquakes and weather events Eclipses, especially in  fixed signs are known to set off earthquakes, and it crosses potential areas of the country known to have fault lines. As this eclipse falls in a fire sign, we could be in danger of seeing incidents relating to fires in the US. As it trines Uranus, and Mercury squares Uranus unexpected weather conditions could come up suddenly.

The united States
In the US (Sagittarius) natal chart, this eclipse falls in the 9th house of legal affairs, and foreign governments and entities. The Moon (eclipse) as well as the Sun (US President) oppose the Moon (the common people) at 27 degrees of Aquarius, showing us an upset if not agitated population, that has been plagued with scandal. As Mercury is square Uranus, we can expect sudden, and unexpected news, perhaps of something from the past, or recent past, and unexpected issues will be revealed. We can expect to see and hear sensational, if not unexpected events that could involve children or young people as well.

Those Most affected will have fixed planets at 28-26 degrees of  Leo, Aquarius, Taurus or Scorpio. If your Sun or ascendant falls one of these signs and degrees the eclipse will bring significant events to your life. If you are a Leo or Aquarius, expect the issues to center around relationships. If you are a Taurus/Scorpio, the 4th/10th house axis of home, family and business will be activated.