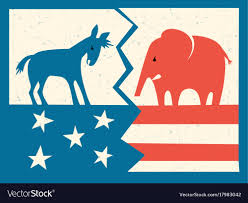 The Mid-term elections will be held Tuesday, November 6. Let's take a look at what the aspects are on this day.

1-Uranus retrogrades back into Aries. Any time Uranus makes a move, especially to another sign we can expect big (sometimes unexpected) changes and volatility. In Aries, Uranus has been about promoting self-interests, and we are entering the final 4 month stretch of this transit. Aries is ruled by Mars (the God of War). There is likely to be a shock or sudden change, perhaps more than one, and it is not limited to the US. This indicates a volatile period as Aries is at the 29th degree, considered a critical degree. Jupiter quincunx Uranus is also unpredictable. Uranus also rules electronics, the internet and electronic equipment, so this shows a possibility of election interference or attempted interference.

2-Uranus opposes (retrograde) Venus. This is another unpredictable aspect and we could see many things, including swings in the financial markets. Retrograde Venus in Libra tells us the general population is unhappy with the rhetoric and tone of the way things have been lately, and are taking this into consideration, along with the role of women. Women will play a major role in this election which is also signified by Venus trine the Moon in the US (Sagittarius) chart. As Venus rules Values, money and women, these are some of the things voters are re-thinking.

3-The Moon is in Scorpio. Scorpio is deep, intense, and rules the 8th house of money, sex, change and transformation and reflects the general mood of the population, and this will be reflected in the vote.

4-Moon trines Neptune. People will use and feel compassion relating to the issues they vote for and about.

5-The North Node of destiny moves back into Cancer, and forms a t-square or a clash with Venus in Libra and Mars in Aquarius. This shows an emotional change of the populous, especially relating to women and values. As both Uranus Cancer are at the 29th degree there will be major clashes.  As the North node moves back into Cancer (through 2020) people want more nurturing, security, security at home and emotional healing.