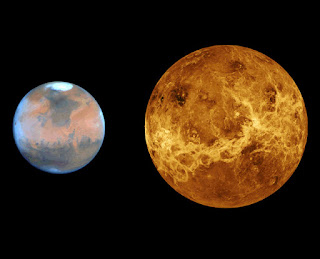 Venus will remain retrograde until November 16, when it turns direct at 25 degrees of Libra.

Venus has been retrograde in Scorpio Since October 5, and it re-enters Libra October 31, at 3: 42 PM, EST.

Venus is Scorpio is considered at its detriment, which means it is weak. I have found planets at their detriment misbehave, or cause us to act in ways we might do differently at another time. They can however serve a purpose. Venus (retrograde) in Scorpio can be secretive, jealous and even revengeful as it is ruled by Mars and Pluto. During this time we have heard a great deal about the #MeToo movement and Bill Cosby was sentenced to prison for sexual abuse.

Venus in Libra is considered at home, and Libra is ruled by Venus. Venus here is lighter and more prone to compromise and a desire for peace and harmony. Libra rules the 7th house of marriage and commitments.

Venus remains in Libra until December 2. December 3, it re-enters Scorpio where it will remain until early next year.
Posted by Leslie Hale at 2:55 PM