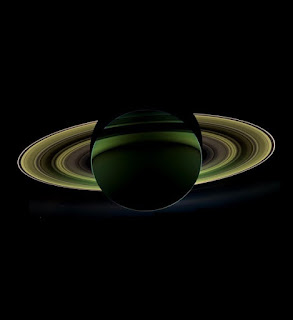 As Saturn retrogrades back into Scorpio it will be at the 29th degree until July 3. The 29th degree of any planet is considered the anaretic degree and it is weak. This degree is crisis oriented, and it signifies the end of a cycle. We can feel that we are getting too little or too much of something, and the sign the planet lies in shows us the area of life we feel unsatisfied in, or compelled to finish up. The 29th degree is considered a 'karmic' degree by some astrologers. Saturn will move back to the 29th degree again for the final time, September 2-18, 2015.

Saturn in Scorpio is connected with the eighth house. This is the house of sex, the way we feel in our relationship, our partners money, joint finances, taxes and debt, alimony and payments, corporate money, inheritance, wills and legacies, bankruptcy, personal sacrifices  and it is the house of change and transformation. That transformation can even include death, but this is rare and your chart would have to show this specifically. But, the theme of death will certainly play out in the world as the Middle East struggles to overcome ISIS, and this theme is not limited to the Middle East.

Saturn in Scorpio is secretive and for some revengeful as Scorpio's rulers are both Mars and Pluto.

Giving up control and fear of rejection can be issues we face during this cycle of Saturn along with issues connected with what we share with others.

Now is the time to get credit card debt, tax debt or any other kind of debt under control, and deal with the issues connected with this cycle of Saturn.

Often transformation (8th house) feels forced, and is connected with critical events/situations in one's life. It can indicate the influence of others values on you, and societal values. (No surprise the Supreme Court is expected to make its decision on the legality of same sex marriage in late June).

While Saturn is transiting at 29-28 degrees of Scorpio we will be finishing up the lessons/situations that began in October of 2012.

For many of these lessons may have concerned money and shared resources of all kinds. Scorpio is the most intense of signs and these situations can seem overwhelming and overly intense.

Those who absorb and understand what a Saturn cycle teach us typically fare much better than those who kick and scream against the obstacles they are faced with. My astrology teacher used to say, "life is just a schoolyard with many lessons,' and I find this to be true. Best to learn and come to terms with whatever the lessons are now, because in about 7 years, when Saturn enters Aquarius, what we have learned in Scorpio will be challenged again. If Saturn is aspecting a planet in your chart at this time, it will aspect the same planet again in 2020-21 and any cracks in the foundation you have built will be revealed.

This has been a rough two and a half years for those born under the sign Scorpio-or those who have planets that have been aspected by Saturn in Scorpio.

Saturn enters each sign, or your personal sign, about every 29.5 years. During this period most of us face significant challenges, and often we are forced to re-create our lives in some way, depending on what else is in our chart at the time. In the way Saturn in your own sign is connected with both endings and beginnings.

As Saturn retrogrades back into Scorpio it will affect you if you are a 27-29 degree Scorpio, Taurus, Leo or Aquarius (or have personal planets at this degree and in these signs), or you were born November 20-22, February 17-19, May 18-20, or August 20-22. If you are a Scorpio or Taurus look for issues in partnerships and relationships, health or matters of a personal nature. Leo, look for issues concerning your basic foundation or home and family, and if you are an Aquarius, look for issues with work, and in your basic priorities.

If you are a late degree fixed sign, energy will lift when Saturn re-enters Sagittarius September 19, 2015 and the good news is that Saturn won't return to this sign for another 30 years. By this point, you will have created yourself and your life on many levels.

Just like Saturn affects us on a personal level, it will affect society as a whole.

Money, finance, taxes, and issues connected with sex (same-sex marriage as one issue) will concern us as a collective, and we will grow and evolve together.

As Scorpio is related to eighth house issues (and Pluto) the world is rapidly changing in front of our eyes. Now more than ever,  we are in a period of intense transformation. Same sex marriage, the wealthy versus the non-wealthy, or the greatest wealth in the hands of the 1 per cent are all issues we have seen come to light with Saturn in Scorpio, along with a greater degree of violence (Pluto). This summer will be a time of coming to terms with some of these issues and I look for the world to continue to see a great deal of violence this summer.

Saturn is within 2 degrees of opposing to the fixed star, Algol. Some astrologers give it a one degree orb, others 3 degrees. This fixed star is considered malevolent and indicative of violence, and I specifically relate it to ISIS.

Other issues we have not clearly addressed during this Saturn cycle will come to light this summer, and as we move through the summer and toward the fall our focus will shift toward the next Saturn placement for the next several years: Sagittarius and ninth house issues connected with changing views and values, education, travel, foreign matters and our own personal world view and thinking.

Looking at the Cancer ingress (Summer) chart for 2015, (United States/Washington, D.C.) the ascendant is 23 degrees of Virgo, and the ascendant ruler Mercury lies in the ninth house of foreign relations, and long distance communications at 9 degrees of Gemini. It is square Neptune in the sixth house (public health, public workers, workers).

This does not bode well for foreign affairs, and there can be confusion, issues  or lies concerning foreign matters, religion, ISIS,  education, legal issues and opinions, public medicine/ and sickness. Theft through cyber attacks is likely.

There can also concern about water related issues this summer.

This transit will cause confusion and lack of clarity about the above issues, or it can relate to outright lies and deception coming from politicians, and we may miss important issues or factors to consider this summer.

This shows issues among workers with drugs/substances.

Religion will be a theme this summer, along with those who claim to be religious but are in fact trying to manipulate the population. There will be a concern over ISIS recruitment in the homeland.

We can see issues connected to chemical and biological weapons.

The Sun (President/heads of State) is conjunct Mars at 28 Gemini. This shows the government could use militarized force or police to impose its agendas at home or abroad and curb public unrest.

Saturn is square the Moon in the 12th house showing general discontent among the people, and issues connected with the third house and with groups considered subversive that could include women, and their could be issues or threats against prominent women.

There will likely be political attacks concerning women's rights and hospitals/institutions.

In spite of these aspects money will be made with Jupiter trine Uranus in the 8th house of banking and international finance, although it does not look like it trickles down to the average American.

As Jupiter and Venus are conjunct in Leo we should see major new movies, music or theater which should fare well over the summer.
There will be an interest in royalty, movie stars and TV/film/media personalities. We will see very successful box office entertainments, and fun/entertainment will be a theme.

Jupiter squares Saturn
As Jupiter in Leo nears the end of its cycle the first half of August it will square Saturn in Scorpio. The Jupiter-Saturn cycle is characterized by cycles that show 20 year sequences of economic, political and social development. We are currently in the cycle that began in June 2000 at 23 Taurus, symbolizing material growth, material issues and industrial development.
We can see important economic fluctuations, conflicts in social progress, issues concerning democratic values versus oppression and the manifestation of new ideas in our material world.

Clashes between political parties will likely manifest, clashes in foreign relations and ideas. Expansion versus restriction will occur in more than one theme.

If this transit aspects your chart you are a late degree (26-29) fixed sign-Taurus, Leo, Scorpio or Aquarius or have planets in your chart aspected at these degrees. In this case Jupiter will square or oppose Saturn and this typically produces restlessness and feelings of restriction.

Saturn turns stationary direct on August 2, (1:53 A.M., est) and this is a powerful planetary influence, amping up the energies of Saturn, and whatever it is aspecting at the time. Concrete plans may now be laid and come to fruition.

Venus squares Saturn
Venus turns retrograde at 0 degrees of Virgo on July 25, and retrogrades back into Leo August 1. Venus will square Saturn (and conjunct Jupiter) the first week of August making this a very powerful transit (Saturn is stationary direct) and Venus rules love, money and values. This will aspect your chart if you are a late degree fixed sign. This clash of Venus and Saturn will not bode well for women in general in the world.
Many relationships will end during this time if they are unstable or tottering on the edge. Retrograde Venus has a very powerful affect on relationships. It is a time of reconsidering what we are giving and receiving in our relationships, and typically some situations will end, and others will get back together if other aspects in the chart show it. This is certainly not the time to consider marriage or plastic surgery of any type.