Venus opposes Pluto: Between heaven and hell lies the truth 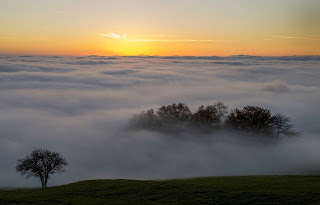 Venus opposes Pluto May 21, and this energy will be building during the few days beforehand, and a few days after.

Venus rules love, money and values, and Pluto rules sex, obsessions, bullies, jealousy and the darker emotions, as well as transformation of all kinds.

Venus is transiting through Cancer, the ruler of the 4th house of home and family and Cancer is concerned with home and family, security and feelings.

You will be affected more than others if you have a personal planet in your chart at 14-17 degrees of Aries, Cancer, Libra or Capricorn. To an extent however, we will all be affected.

As Venus is in Cancer this could involve situations that include family members, and with Pluto in Capricorn, as well as the Sun opposing Saturn (May 22), this could involve business relationships, or any other type of relationship. Sun-Saturn transits relate to endings of many kinds, and this is also harsh, and restrictive energy.

Typically this shows a power struggle of some type  that could get ugly and this transit does not fare well for women, overall.

At its most extreme Venus-Pluto transits show domestic violence and abuse/violence against women.

If you are in a normal, healthy relationship that is not riddled with issues and jealousies you have little to fear. How you handle issues may be more important at this time than what the issues actually are.

As Mercury is retrograde, you may not have your facts correct, and this is a period you would do well not to initiate issues or force change on anyone.

These transits will play out on the world stage. There are some very ugly things happening in the world that aren't going away any time soon. I expect we will hear news about women and it won't be pretty. Human trafficking also comes to mind.  My thoughts are this will transpire in and around the city of Ramidi, Iraq, which has recently fallen to ISIS, but news could come from anywhere.