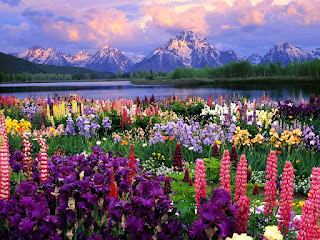 We begin the month with a full moon in Sagittarius on June 2, peaking at 12:19 P.M., est. Sagittarius is the natural ruler of the ninth house of foreign matters and people, world viewpoints, education and medical matters and travel.

The ruler of Sagittarius is Jupiter and Jupiter rules money, expansion and religion, (or ideology disguised as religion that is not) and whatever it touches it expands-good or bad. While this is typically an expansive jovial moon, it makes some aspects this time that could become rather fiery.

It is square Neptune, creating a fog of confusion, lack of clarity, and misguided thoughts, along with retrograde Mercury. I expect the adverse weather conditions and flooding we have seen the last week of May will continue until well after this full moon. I expect May 31, and thereabouts to bring an increase in flooding/continued water related conditions in some parts of the country.

Sagittarius/ Jupiter like to blow things out of proportion and this Moon opposes Mercury which rules communication of all types. Mercury also rules young people, pets and travel and we will likely see issues here.

It also opposes Mars, making this a dangerous full moon in some respects and it will likely be an angry one for many and in the world. Mars rules young men, war and police actions, so things may get volatile in the world.

I expect we will see events that involve speech, travel, flooding, religion, men/military or police action, and we will be very lucky if it does not turn explosive.

My advice is to try and tap in to the positive and expansive side of Jupiter and use caution in your speech, travel and communication. And remember on this moon, sometimes silence is golden.

Jupiter in Leo will trine Uranus this month, becoming exact June 22,  at 19 degrees of Aries/Leo. This energy will be strong all month, but the peak is through the middle of June.

This is positive energy all around and will affect you personally if you have planets in Gemini,  Leo, Libra, Sagittarius, Aquarius, or Aries from 17-20 degrees. It will work best for Leo, Gemini, Sagittarius or Aquarius. If you have Libra planets Uranus/Aries will be in an opposition and if have Aries planets Uranus will create a conjunct, and Uranus is erratic and unpredictable energy.

This energy will play out in the world as potential new inventions, some type of positive economic news (as it did last year), and this is a transit of growth, both spiritually and economically. There could be positive foreign associations and connections, advancement for children, young people and it can produce a surge of creativity. (As this blog is written, it has been announced Cuba has come off the terrorism black list. This will be a great step forward.)

This could be a positive time to launch a new business, apply for a job, travel, do creative work, or achievement of any personal goal you may have. Jupiter will expand things and Uranus brings new ideas and opportunities and a desire for freedom. Make the most of this time while we have it as it will not last forever.

Mercury turns stationary direct June 11, at 6:33 P.M., but we are not out of the woods yet. It is at this point we often hear information that can once again change our direction, and glitches can occur. Mercury begins to move forward again on June 16, and at this point anything that has been confused by this powerful retrograde will begin to straighten out and that includes our thinking! But, there is still a shadow period of several weeks before Mercurial energy returns to normal.

Neptune turns stationary retrograde on June 12. Neptune rules art and cinema, creativity, religion, psychics, drugs and alcohol, dreams, and is the planet of illusion, delusion and confusion. Neptune deals with what is deep in our subconscious minds which includes our personal illusions and fears. Creativity, intuition and psychic abilities can increase during this time.

If Neptune aspects a planet in your chart while retrograde this can coincide with a time when illusions are shattered, or it can seem particularly disappointing.

Saturn will retrograde back into Scorpio June 14, changing the energy once again. This will affect late degree fixed signs and especially Scorpio as we finish up this intense Saturn cycle, which you can read about here. Saturn will complete this two and a half year cycle mid September, not to return again to this sign for another 30 years.

Other transits during June include:
June 5, Mars sextiles Jupiter and this is positive and expansive.
June 5, Venus enters Leo, and love energy becomes more expansive, bold, and flashy. This should be a great month for Leo, fire signs or Aries as this places the planet ruling love in the 5th house of love affairs.
June 6, Venus trines Saturn and this is positive for social activities, people relating to the past and business.
June 8, the Sun sextiles Jupiter and this is positive, optimistic energy.
June 9, Mars sextiles Uranus and this is positive for new ideas and situations.
June 10, Mercury sextiles Venus and this is positive for social or business communications. The Sun sextiles Uranus and this is positive for new ideas.
June 14, the Sun conjuncts Mars. This can be energetic, but angry energy and accident prone.
June 16, the New Moon occurs at 25 degrees of Gemini This New Moon has an intellectual bent and is about third house matters-travel, communication, relatives, neighbors and co-workers. As it conjuncts Mars, this can be energetic, yet angry energy in the world and our lives. Be careful of accidents and arguments.
June 21, the Sun enters Cancer and the Summer solstice occurs at 12:38 P.M., est.
June 23, Mercury squares Neptune and this is discouraging and convoluted energy, prone to deception and unclarity. This transit occurred May 28-29.
June 24, Mars enters Cancer mars in this sign will deal with home and family. Cancer energy is more nurturing, but in some it may become needy.
June 29, Venus trines Uranus Another positive transit for money, love and your social life. Try something different today.