Venus in Leo/retrograde 2015: the Goddess of love steps back 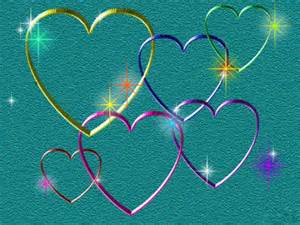 Venus entered Leo June 5, and other than a brief 12 days in the sign Virgo in late July, it will remain in this sign until October 8, when it re-enters Virgo.

Venus in Leo tends to make love energy more flamboyant and outgoing. You may feel a desire to be noticed and appreciated by others. Venus in Leo is powerful as Leo is the natural ruler of the 5th house of love affairs. Venus is considered at its detriment in the sign Virgo, where it is pickier and more critical, but at times more discerning, which at times can be a very positive trait.

Venus turns retrograde July 25, at 0 degrees of Virgo, and retrogrades back into Leo August 1-September 14, at which point it turns Stationary direct at 14 degrees of Leo, remaining in this sign until October 8.

The retrograde Venus shadow period is when love energy will start to shift and change and this starts June 22. July 25, Venus turns stationary retrograde at 5:29 A.M., EST. This is when Venetian energy really starts to shift. You may feel something is wrong in your relationship, but can't put your finger on exactly what it is. The issue will likely come out during the retrograde Venus period.  Relationships may slow down, disappear, and  if you begin a new one at this time it may change when Venus goes direct. Sometimes people switch partners during this cycle if relationships are unsatisfactory.

When Venus is retrograde it provides experiences and opportunities to evaluate or re-evaluate the people in our lives. While many relate Venus retrograde to our love lives, it is not limited to this. Venus rules love, money, our social lives and those in it, values and beauty, so it is hardly limited to romance, alone.

You may become aware of problems, and discernment can become more acute. This is the time for sizing up relationships, both romantic and otherwise, as well as issues with money and finances. Leo/5th house also rules children and young people and you could be concerned with issues here during this period.

As Venus begins its retrograde in Virgo we could become overly critical, and some of the relationships and issues we face could involve work situations. As it retrogrades back into Leo, fifth house (friends, love affairs, even children) will come into focus and it may become apparent to some of us we need to have more fun.

In a general sense when Venus retrogrades love energy becomes more intense and drama can begin, especially with Venus in Leo. This is a period when seemingly fated events occur, sometimes appearing to be beyond the control of the parties involved. Relationships can slow down, change or end.

Sometimes those from our past can reappear. It is a time of reviewing and re-accessing your love life. Changes occur, and people can switch their affections and partners. The karma (karma=the universal will, what will ultimately be) of the relationship will play out during this period for some. Unresolved issues come to the forefront to be resolved one way or another, but if a commitment exists with work it can become stronger.

A retrograde Venus is not the time to get married, engaged, have plastic surgery, buy art, jewelry or items ruled by Venus. Money matters may be slowed down as well.
Venus retrogrades about every 18 months. The most important period is the stationary retrograde period when Venus is starting to retrograde and the stationary direct period when it is about to move forward again.

If you begin a new relationship on a retrograde Venus the love energy may never be fully expressed or when Venus goes direct the relationship may change or end.

Relationships that are tottering on the edge may end completely during this time. Situations can become revealed for what they are. Some couples will decide to divorce or split and decisions will be made as to the future of the relationship. Other couples will reunite or take things to a deeper level.

This cycle will  show us the real worth of people and situations in our lives, not just our love life. This can be a time of resolving problems and issues, letting go, and in some cases reconnecting with what is of value to us.

There is also a post retrograde Venus period that will last from September 8-October 8. After this Venusian energy returns to normal.

Some of the most critical dates of this retrograde Venus cycle will be:

August 4-6 Venus conjuncts Jupiter and squares Saturn. As Jupiter is also square Saturn this can be a period of feeling restricted. Venus and Saturn do not mix well, and some relationships will end during this time if they are going badly. Otherwise we may feel the gulf that always exists between individuals but it will seem more acute. Venus will also square Saturn before the retrograde occurs, July 15-16. This will give us a clue as to how we will respond to the August Venus-Saturn square.

August 31 – September 1: Venus conjuncts Mars in Leo – This transit will work out well for some and manifest as sexual attraction, but typically Venus-Mars transits are capable of causing friction.


contact Leslie for a personal reading:comcontact@lesliehale-astrology.com
Posted by Leslie Hale at 5:23 PM