Full Moon in Gemini: beyond the veil 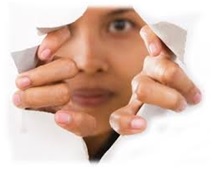 Our next full Moon occurs Tuesday, December 13th, at  7:05 EST, and falls at 22 degrees of Gemini. The energy of a full moon starts about a week before the lunar event.

Even though this Moon falls in Gemini (ruled by Mercury) this will not be a light full moon as it will oppose Saturn in Sagittarius at 19 degrees, and square Neptune.

This moon creates a t-square between itself (the moon), Saturn and Neptune. T-squares are difficult aspects that often pull us in more than one direction.

Moon-Saturn transits deal with reality based situations, hard work, depression (at times) and often we must look to the bottom line, or the reality of a personal situation. This 'reality' may come through some type of communication with another individual.

At the same time, this Moon will square Neptune in Pisces. Squares to Neptune frequently bring out new information, or previously unknown information, thus the veil of secrecy can drop.

While this may sound negative, the truth will always set you free. With a Moon like this, illusions may be shattered, but illusions are not based on the truth or reality, which is the only thing that will stand the test of time and lead to positive growth.

Here is an example of how this Moon may work: a woman has begun dating a man she feels is perfect for her. She has known him for a month, and at times he seems to disappear or be unavailable, but always has a reason. As this full moon occurs she finds out through mutual friends he has been dating someone else for the past several years.

Now, the above is only an example. New information may be revealed in many different areas of your life, depending on where this full Moon falls.

Our job is to deal with the truth whatever it may be and move on from there. Don't construe this moon as negative- Only the truth will set us free.

For some, things won't be as dramatic as the above example, and the situation may be smaller. Personal truths may be revealed on many different levels.

As Jupiter will soon sextile Saturn we will be soon coming into a period of time where we can experience stability and growth and many things we have been working on will have an opportunity to come together.
Posted by Leslie Hale at 8:21 AM