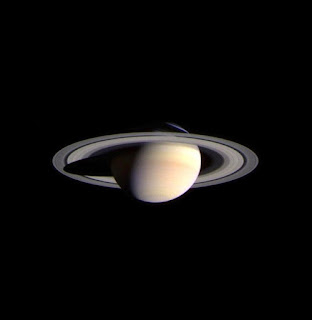 Saturn turns retrograde this year April 6.  Saturn is retrograde about 5 months every year.

This will be more difficult for those with mutable planets-Gemini, Virgo, Pisces, Sagittarius- in the late degrees, around 28-26 degrees in the signs mentioned above.

Saturn's retrograde can be a pivotal time, especially if it affects something in your chart.

When you experience a Saturn transit, you generally get three passes of it and the retrograde pass is generally the most challenging. Saturn is overall associated with delays, slowdowns and endings of various types.

During April Saturn will retrograde from 27-25 degrees and will affect everyone with mutable planets at these degrees.

While in Sagittarius, Saturn is associated with our personal views on the world, and we determine our own personal outlook and opinions on things, especially politics and happenings in the world. At this time we can experience a bona fide real world education.

As Saturn deals with our structure we may be concerned with basic security issues while Saturn is retrograde. Saturn will retrograde back to 21degres during the summer and turn direct here on August 25. The stationary direct period is important as well.

Saturn will remain in Sagittarius until the end of the year when it enters Capricorn on December 21, 2017 for the next two and a half years.
Posted by Leslie Hale at 7:17 AM