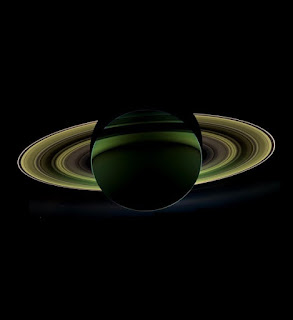 Saturn changes signs about every two and a half years, and takes about 30 years to circle through the entire zodiac.
December 19, 2017 Saturn enters Capricorn until March 23, 2020 when it enters Aquarius for four months until July 2, 2020. Then, on December 16, 2020, it will complete its tour of Capricorn, not to return for nearly 30 years.

In 2016 Saturn squared Neptune, bringing with it much chaos and confusion, and as we now know, Russia influenced the US election. The effects of this transit continue to play out today, and a most obvious manifestation of this is the 'fake news,' we are now all so familiar with. Many things started at this time may be regretted in the future, collectively speaking, as this transit caused great confusion and misinformation.

Saturn in Capricorn can denote great wealth but also great limitations. Saturn was in Capricorn during the worst part of the Great Depression in the early 1930's.

While in Capricorn Saturn will build things that are meant to inspire respect (or intimidation) as much as anything else.

The Berlin wall for example, began construction under a Jupiter-Saturn conjunction (August 31, 1961). It was meant to be a political symbol to keep people in their place.
Those most affected by Saturn in Capricorn will be the Cardinal signs-Aries (square), Cancer (opposition), Libra (square) and Capricorn (conjunct).

Typically, I tell clients with Saturn in your own sign you will be re-creating yourself in some way.I see this occur in clients often!

While in Capricorn, Saturn will conjunct Pluto during January 2020, at 22 degrees of Capricorn. Events leading up to this period will begin long before the aspect becomes exact.

Saturn-Pluto will relate to to the established power structures and ruling elite versus the common people, nuclear events and restriction on many levels. We could see a world wide recession. This is a restrictive transit and we will see these restrictions play out on many levels in the world and in our personal lives. This transit will affect all of those individuals with cardinal planets 20-24 degrees.

Saturn conjunct Pluto will be a stressful period and can indicate limitation, financial loss, nuclear incidents, war and change and transformation. Many things will change at this time or be transformed, or end all together.

The negative side can't be worse: tyranny, the abuse of power and corruption, organized crime and criminal activities, nuclear incidents, power struggles, recessions, issues with the monetary system and banks, and war, and limitation and restriction on many levels.

During this transit of Saturn and especially around the Saturn-Pluto conjunction world events will play out of great magnitude. The world will be changed collectively and many lives will be changed as a result. If you live on planet earth to some extent you will be affected by what may be the most significant transit of the generation. I will write more about this in the future.