The total solar eclipse of 2017 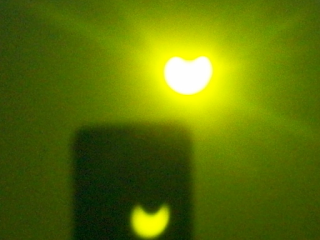 Leo is the sign of royalty and rules the 5th house of love, friends and children. This could be a great day to take time off and celebrate.

The Sun/Moon will trine Uranus, exact at 28 degrees of Aries and there will be an electric feeling in the air.

We could hear of some type of new innovations.

Many things will happen on a world level. The last time we experienced and eclipse at this degree was August 21, 1998. Click here to see a list of events that occurred at this time.

An eclipse like this will be very powerful individually and collectively and be the harbinger of many world events.

In the US chart this eclipse falls from the 3rd to the 9th house of the US Sibley chart. It opposes the Moon-the people, who will be in an uproar. The 3rd/9th house axis relates to laws and foreign affairs, and Saturn is conjunct Neptune, which will deal with scandals and deceptive issues potentially connected with the current Russian investigation, or some other international crisis.

The eclipse is prominent as it falls on Mars in the 12th house of Donald trump's chart. The 'Russian investigation,' began, or came to the forefront around the February 11, eclipse in Leo that fell in his 12th house. He could experience health issues. Many things will be revealed at this time.

The eclipse could affect Queen Elizabeth (UK) as it squares Saturn, her ruling 10th house planet. Saturn/Neptune transits are also associated with changes in the royal family, and Saturn squared Neptune in 2016. The eclipse could bring Prince Charles to the forefront.

The energy of an eclipse begins at least a month or two before the actual eclipse occurs. I will write more about this eclipse in the future.