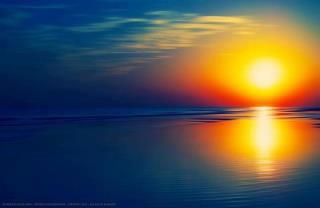 I hope everyone has a wonderful fourth of July.  The New Moon on June 24, fell in Cancer, the sign of home and family, and this is typically the time for family get togethers, vacations, home projects and for some, even moves. There is an added emphasis of these things as we begin the month with three of the fast moving planets in the same sign. May your summer and time spend with loved ones and friends go well.

During the month of July:
The Sun is in Cancer and moves to Leo on July 22.

Venus, the planet of love (and money) moves from Taurus to Gemini, and finally Cancer on July 31.

Mars, the planet of action transits through Cancer and then into Leo.

During July we will experience a number of difficult aspects as the fast moving planets, the Sun, Mercury and Mars, form a t-square with Jupiter and Pluto.

A t-square is a potentially stressful configuration that involves the energies of three planets. T-squares pull our energy in many different directions, but change can occur.

Jupiter  is the planet of expansion and grace. Pluto rules change, transformation, abusive/difficult circumstances, and breakdowns of situations, and Mars rules action, ego, anger and is referred to as the God of War. The Sun rules ego, and us personally, and Mercury rules communication, travel and thinking.

Sometimes major changes can occur on t-squares Certainly, we will see major events play out in the world, and some of these days will be dangerous days in the world.

Now, for the transits:
June 29, Mercury opposes Pluto-obsessive thoughts, searching for answers, arguments, accidents. This is a transit of trying to convince someone of something or vice versa. It is also a transit of propaganda, and trying to uncover situations.
July 2, Mars opposes Pluto-Anger, issues of abuse, total change and breakdown, dangerous day in the world. This aspect can dig deeply into things, and uncover truths and hidden agendas. This is not the day to force issues or try and work things out. Best to let situations rest and work things out when the energy is calmer. Oppositions work through other people, so it's best to use caution in the way you deal with people. This energy will be felt before and after. Awareness can prevent disasters. Change can occur, but not easily.
July 4, Mercury squares Uranus-Unexpected news and events, potential of accidents. The day may be quite changeable. Family arguments can occur-don't take the bait. People may seem nervous and changeable. Ideas and conversations can become blown out of proportion in a minutes' notice. Many distractions can occur.
Also on July 4, Venus enters Gemini. Love will take on more intellectual tones than that of smoldering love and romance. Venus here, is concerned with what's in your head as much as anything else, which in the end is the thing that binds people together over long periods of time. Venus in Gemini does not like to be bored.
July 5, Sun squares Jupiter-generally positive, overinflated expectations.
Also on July 5, the Sun trines Neptune putting the focus on philosophical and creative or spiritual matters.
Also on July 5, Mercury enters Leo. Communication will take on grander tones, is not somewhat dramatic. The Drama Kings and Queens will come out as well, and communication may be colored by this. Watch coming across as arrogant.
July 7, Mercury sextiles Venus. Great for communication and social activities. This could be a positive day for many things, including business.

Full Moon in Capricorn
July 9, this month's full moon falls at 17 degrees of Capricorn. Capricorn is the natural ruler of the 10th house of business and it is here many of us will be focused over the next few weeks.

The ruler of Capricorn is Saturn which signifies not only work, but our basic structures, and security which we will be concerned with.
This Moon becomes part of a t-square with Jupiter, Pluto and Mars. T-squares are difficult and can pull us in many different directions.

This Moon is conjunct Pluto which makes it somewhat dangerous. Moon-Pluto issues can come to a head and in some cases, violence can even occur, and we could hear of domestic violence which is a possibility for some, but typically only if situations are prone to that extreme.

The Moon rules the home, women and our emotional lives and when it is conjunct Pluto issues can become intense. Emotional meltdowns will not be uncommon as Pluto intensifies situations. Pluto rules breakdowns of all types, issues surrounding sex, bullies, dominating behavior and power struggles. Issues and secrets can come out of the closet on such a moon.

The Moon also opposes Mars which amps up the volatile and potentially aggressive energy. Be cautious as accidents could occur at this time.

This does not mean you have to or should act out such energies.As there is an opposition involved you can act to balance out the issues, which is my advice.

I would skip controversial issues and disagreements this weekend.
This will be a volatile time in the world as well.

July 10, Sun opposes Pluto-change in situations, breakdowns, power struggles, issues of abuse. Arguments and power struggles can occur, and this is the day to pick and choose your battles carefully. This can seem like a harsh transit but allows us to consider issues that need to be changed or revisited. Awareness and the approach is the key.
July 14, Mercury sextiles Jupiter This is a pleasant transit, make the most of it. Jupiter tends toward expansion and communication may improve in many areas.
July 17, Mars squares Uranus-Explosive and unexpected circumstances. This transit will add an undercurrent of tension and unpredictability and can be a fight or argument waiting to happen. The firmer your plans are the more unsettling this day may be as it is changeable. A dangerous day in the world. We can see explosive situations, and the potential of explosions.
Also on July 17, Venus squares Neptune. Situations concerning relationships of all types can be confusing, as can money issues. This is not the day to sign contracts, or begin new projects. If something appears to be too good to be true, it likely is. Let this transit pass and wait for clarity.
July 18, Venus trines Jupiter A great day to socialize or meet someone new. this is a positive and helpful transit. Love could even be  in the air. Great for financial transactions.
July 19, Mercury trines Saturn Serious but not negative conversations. A great day to get down to business.
July 20, the Sun squares Uranus-Unexpected, changeable circumstances. Uranus is about freedom at any cost and is the planet of coups and rebellions. While your day may not be so dramatic it is changeable and we will see unexpected situations in the world.
July 20, Mars enters Leo Mars rules the ego and Leo is the actor. Many people will be acting out under this transit for the next 6 or 7 weeks. The desire to express ourselves will be strong, often in bold and dramatic ways. It can be easy for ourselves or others to overdo things in an overly dramatic and aggressive manner during this time. Mars in Cancer was about the emotional nature of our actions and Leo will be more about pushing our own agenda, or making a personal statement.
July 22, the Sun enters Leo and we are in the fixed part of summer. While the Cancer season was about home and family the next month is about fun, entertainment and should be good for singles and romance. This will be a good time for a romantic holiday or just to have fun.
July 23, the New Moon occurs at 0 degrees of Leo. this is a good time to plan some fun. But, as this Moon conjuncts Mars watch out for aggressive behavior and accidents.
July 24, Venus opposes Saturn This can be a downer of a day for some as the energies of Saturn and Venus do not blend. It can also be tiring. With work, you may accomplish something but if your day goes along as normal without great accomplishment you have done well. Relationships can take a negative turn if you are not careful, and some things may end. This is not a good day for finance and we could hear negative financial news. This is a day to take joy in what your normal activities are and save climbing tall mountains of any kind for another time.
July 24, Mercury trines Uranus This can give us insights we need and in some cases new insight. This can be positive for communication but bear in mind we are also under the influence of the above mentioned transit as well.
July 25, Mercury enters Virgo. This is quite a change from Mercury in Leo and now people will become more practical and results oriented, if not critical. Worry and being overly critical are the main two concerns with Mercury in this placement. Critical thinking however, can be quite good.
July 26, the Sun conjuncts Mars This can be an energetic day, but also fraught with conflicts and arguments if you are not careful. The Sun rules the ego and this must be tempered.
July 30, the Sun sextiles Uranus This is a great day for new ideas and original thinking. All positive.
July 31, Venus enters Cancer Venus here is well placed. Cancer is about home, family and you may entertain more at home. This is most positive for the water and earth signs, especially Cancer.