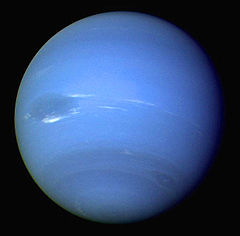 The planet ruling psychic ability, religion, compassion, creativity, dreams and many other things turns stationary retrograde for the next six months June 16 at 14 degrees of Pisces, and will continue its retrograde through mid-November.

This will bring about more acute sensitivity on an inner level and we may be able to pick up on those things we don't perceive when Neptune is direct. We are more likely to be listening to our own inner voice during this time and creativity and psychic or intuitive abilities may be increased during this time. As Neptune turns stationary retrograde things could get more confusing for a time.

If transiting Neptune aspects a personal planet in your chart, during this period we tend to become self deluding, depressed, or overly idealistic. Others may deceive us as well. It is important to be as grounded as possible during these times if you are experiencing a Neptune transit like this, especially a harsh one. Neptune transits can go on for several years and if ever your feet need to be planted on firm soil it is now if you have such an aspect.

Hard Neptune transits often coincide with over idealized relationships, or relationships with those who are really not available for a variety of reasons. We may feel we have met our soul mate or the most perfect partner in the world to wake up and find things were not as we had believed, or been led to believe which leads to discouragement, depression and disenchantment. Often when Neptune retrogrades we find out that our dreams are not based on reality and this generally occurs during the retrograde of a harsh transit in our charts. This can not only affect relationships but many other areas of our lives depending on what area of the chart Neptune is transiting. If you do not have a hard Neptune aspect, you need not be as concerned .

You will experience a hard Neptune transit if you have mutable planets-Gemini, Virgo, Sagittarius or Pisces at 13-15 degrees.

The positive Neptune aspects can lead to beautiful experiences, meeting someone who seems perfect and be a time of idealistic living.

Neptune rules illusion, delusion and confusion and is often the most misunderstood planet. It operates on a deep psychic level in our lives.
Neptune is generally retrograde six months out of every year.