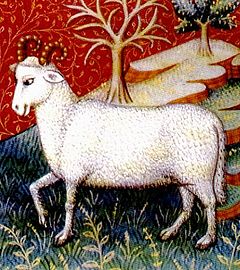 Mercury and Venus enter Aries March 7, and energy will switch as thinking and communication become faster, and less foggy. You will notice this change if you are at all sensitive to the energies in the sky. If not sensitive you will see what I mean over the next week or so.
On March 20, the Sun enters Aries, spring arrives and we now officially have 4 planets in Aries, with the Sun, Mercury, Venus and Uranus all in the sign ruled by Mars (Aries).Mars is  pure (male) energy. Wherever this falls in your chart you can expect to be charged up!
But like the Pisces stellium, all will not be smooth sailing, as the Aries planets will meet up, or to put it simply, clash, with Mars in Capricorn, Uranus in Aries and Pluto in Capricorn.
When these planets clash we see change, friction and are often pulled in multiple directions. Following is a list of days and times to be aware of. These planetary clashes will affect us all, as well as the world. The will affect you to a greater degree if they aspect a planet in your personal chart. Below is a list of dates to be aware of.
March 11, Mercury squares Saturn at 8 degrees of Aries/Capricorn. Watch negative thinking and communication-Tiring energy.
March 13, Venus squares Saturn at 8 degrees Aries/Capricorn. Can be negative for finance, love and social events.
March 20, The Sun enters Aries and squares Mars through March 24, at 0-5 degrees of Aries/Capricorn. This will be a significant week.
March 23, Venus squares Pluto at 21 degrees Capricorn/Aries. Obsessive relationship situations, issues with finances.
March 24, the Sun squares Mars at 3-4 degrees Aries/Capricorn. Guard against accidents, arguments, egos.
March 28, Venus conjuncts Uranus at 27 degrees Aries/Capricorn. Unpredictable, can be negative or positive.
March 29, the Sun squares Saturn at 8 degrees Aries/Capricorn. Can be tiring, negative and restrictive. All about responsibilities.
April 4, Mercury squares Mars 9 degrees Aries/Capricorn. Watch for accidents, otherwise arguments and irritation. Mercury is retrograde making this more pronounced.
April 5, Mercury retrograde squares Saturn 8 degrees Aries/Capricorn. this is the second pass.
April 11, the Sun squares Pluto at 21 degrees Aries/Capricorn. Change, breakdown in situations, power struggles.