Supermoon in Aquarius and the Sun/Mercury square Saturn 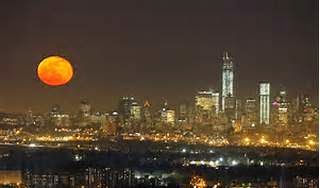 
Nolle explaines further, "SuperMoons are noteworthy for their close association with extreme tidal forces working in what astrologers of old used to call the sublunary world: the atmosphere, crust and oceans of our home planet - including ourselves, of course. From extreme coastal tides to severe storms to powerful earthquakes and volcanic eruptions, the entire natural world surges and spasms under the sway of the SuperMoon alignment - within three days either way of the exact syzygy, as a general rule. SuperMoon solar eclipses tend to have a wider sphere of impact, extending roughly a week before and after the actual event."


Nolle continued, "Take Hurricane Katrina, for example; spawned from a tropical depression formed within three days of the August 19 SuperMoon. My forecast for 2005 warned of severe storms within plus or minus three days of the day Hurricane Katrina formed, and even specified the Gulf of Mexico as one of the areas at risk in connection with that particular SuperMoon alignment."

"Examples of the SuperMoon connection with major storms and seismic events abound: the Mt. Pinatubo eruption, the largest volcanic event in the second half of the 20th Century, took place on June 15, 1991 (within three days of a SuperMoon); the October 6, 1948 Richter 7.3 earthquake that struck Ashgabat, Turkmenistan and took 110,000 lives, one of the deadliest earthquakes on record (again within three days of a SuperMoon, allowing for time zones); and the September 8, 1900 hurricane and tidal surge that struck Galveston, Texas on the day of a SuperMoon, which killed more people (8,000 dead) than any other Atlantic hurricane on record and remains the deadliest natural disaster yet to strike the United States. I'm just scratching the surface here, citing only a few historic instances in the past hundred years or so."

This moon is at 18 degrees of Aquarius, the natural ruler of the 11th house of groups. Groups include countries, and individuals with an agenda to push, and is a sign closely associated with war and unexpected events such as revolutions and coups. The planetary rulers of Aquarius are Saturn-structure, and Uranus-revolts and revolutions.

August 8, (Friday) Mercury conjuncts the Sun at 12:21 P.M. EST and squares Saturn at 10:50 P.M. EST.  Mercury-Sun can be considered a 'willful' influence, and Mercury square Saturn can be an influence that restricts thinking and communication.  Mercury however trines Uranus and this calls for freedom of thought and mental-psychological movement.

August 9, on the eve of the full moon the Sun squares Saturn and this transit deals with restriction, reality and responsibilities.  Sun-Saturn transits generally relate to blocks, delays, tiredness and obstacles or at times, endings. We will hear much negative news on the world stage.

If you have fixed planets in your personal chart at 16-18 degrees of Leo, Aquarius or Scorpio or Taurus, this aspect will affect your chart. How it affects it depends on what is in your chart and what it is aspecting.

As transiting Saturn is at 16 degrees of Scorpio conjunct, square or opposed to these planets at this time you will likely experience this as a frustrating period when certain situations may come to a head in your life.

The full moon occurs at 2:09 P.M, August 10, EST.  This moon is potentially one of the most explosive of the year and the above transits (Sun-Mercury in Leo) will oppose it, creating clashes and stress.

This moon squares Saturn which is negative, restrictive and frustrating. At 18 degrees it sextiles Uranus giving us a window of opportunity to seek new ideas and plans and find a way out of the rut.

Astrologer Mitch Lewis wrote about this full moon, "All Full Moons should be respected for their potentially explosive energy. But the Aquarian Full Moon holds a particular place in this scenario. This sign is the most volatile and unpredictable of the twelve. It represents unbridled freedom of expression and movement, and resists all forms of confinement and limitations. As such, it’s important to recognize that we are all under its influence during a lunar peak and should use caution and try to avoid all useless confrontations. But no matter how much you try, you will still sense the tension and potential for altercations and conflicts. The best way to handle this energy is to not have preconceived notions about how things should go, and just walk through situations with an open mind."


This moon opposes the Sun, making it emotional, squares Saturn, creating blocks and restriction, opposes Mercury creating agitation and showing the possibility of issues surrounding transportation and young people, and sextiles Uranus giving us a window for new, fresh and inspired thinking, and my advice is to go with this energy as much as possible.


Leo and Aquarius represent the second/eighth house axis of money, earned income, other people's money, taxes, sex, death and transformation of all kinds.


Looking at the US natal chart for this full moon, four out of ten planets fall in the 9th house of foreign affairs, showing a concern with matters abroad that may become explosive to the public.  The ninth house also concerns universities and education,  laws and the medical field.


The President will be working behind the scenes and Mars in the 12th house shows what astrologers consider subversives, or those individuals who are out to act in ways that are considered against the government or common interests of the people-society.


The energy of this full moon is present at the time this blog is published (as evidenced by Tuesdays explosion in Afghanistan and the death of a US General) and will continue for several weeks after this moon.


This is a serious and explosive moon for the world and in our personal lives, and much that happens will be unexpected. On the other hand the Leo-Aquarius combination can make it social, and with the Uranus aspect show us new ideas and ways of doing things. While we cannot underestimate the seriousness of it, it is up to us to make the most of the positive energy and as I often tell clients:  We cannot let every negative transit that comes along knock us down!


Full moons (this one especially) amp up emotions and feelings to the point they can often become explosive.  You can explode, and then perhaps have to repair the damage or let this energy pass without drama. In this way, we have a choice.


Be aware, and make the most of every day. If you take the high road (positive side) this moon can show you new ways of operating, thinking and perhaps acting or reacting to situations in your life. It's all about transformation on this Supermoon.