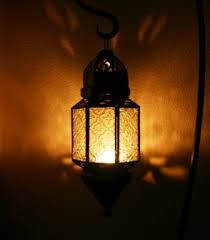 Saturn enters Sagittarius September 17, at 2:59 AM, EST where it will remain until 2017. Saturn changes signs about every two and a half years, and as it transits through our personal chart it generally shows us the areas we will see both challenges, and gains. However challenging, it can also represent some of our most concrete realized goals as well. Saturn gives us structures and boundaries in our lives on the positive side, and challenges on the negative end. Saturn affects us personally, and as a collective.

Sagittarius is the sign ruling the ninth house of education, foreign affairs and world view. Many of our views  and viewpoints will change with this Saturn placement both on an individual and the collective level. Of course, how it affects you personally will depend on which house of your personal chart it falls in.

Sagittarius' planetary ruler is Jupiter, and Jupiter concerns money, ideals,  education, the medical field, religion, churches, young men, governments and laws and foreign associations. Ideas will change and evolve in our own lives during this cycle of Saturn,  and on the collective scale and in the world. We will see changes in education, churches and political scandals and issues over laws and boundaries.

Religion and government views, laws, education and our world views  will come to the forefront, and this transit will represent a conflict between extremist religious viewpoints, and those of others. This conflict will not be limited to ISIL and the sharia law they embrace, but can include extremely conservative Christian groups and others, and we will see many conflicts.

Saturn squared Neptune for the first time late January-early February 2015 at 4-6 degrees but it did not become exact. For a moment we got a feel of what this transit would/could bring. The person that stood out to me at that time was TV personality Bill Cosby.  During this period many woman came forward accusing him of rape that goes back many years.

Cosby has a Venus at 4 degrees of Gemini, so Saturn opposed his Venus during the first few months of 2015, and Neptune squared it. As this transit fell directly on his Venus, (women and money) news from his past (Saturn), or alleged news (the rapes are not proven) continued to multiply along with the number of women stepping forward with allegations. Prior to early 2015 as Neptune squared his Venus there were women who accused him of the same crimes, but it took Saturn (and numerous other women) to hammer the point, so to speak. As Saturn and Neptune fell on his Venus he has lost a great deal of money in endorsements, and his reputation is ruined, along with his career. Saturn and Neptune in combination have a funny way of bringing up past misdeeds. As we approach the end of the year I look for more news concerning Cosby to come to light. I can say with certainty this TV icon will never be viewed in the same light as he was in the past. This is just one example of the way this transit can bring change, but this is an extreme example, he is a known public figure and this is not the only transit in his chart.

As Saturn moves back into Sagittarius mid September it will begin its square to Neptune  becoming exact at 7 degrees Sagittarius-Pisces November 27-December 4, 2015, changing circumstances in the world and our lives once again. This transit will also re-occur in June 2016, and at this point it will become a T-square involving Jupiter. A T-square involves the energies of all three planets. Saturn and Neptune will be at 12 degrees Sagittarius-Pisces, and Jupiter at 14 Virgo. This will be a powerful transit.

You will be affected by this transit in 2015 if you have mutable planets (Gemini, Virgo, Sagittarius, Pisces) in your chart at 4-9 degrees. In 2016, this will affect those with mutable planets from 9-14 degrees.

September of 2016 Saturn and Neptune will meet up again at 10 degrees of Sagittarius-Pisces, and this will be the final swing of this transit.

While Saturn rules our structure, Neptune transits tend to dissolve situations over time. Structures, situations and even relationships  may begin to dissolve into something else if this is aspecting your personal planets. As Neptune dissolves that which we consider our structure some things may come to an end, especially if this aspects a personal planet in your chart.

During this period we could experience an uncomfortable time where situations, ideas or even people dissolve from our lives and the new has not yet emerged. The old will fade away to make room for the new but it will not happen overnight.

The resulting change  can cause confusion and lack of clarity, depression and discouragement for a time until the new replaces the old and you regain your clarity and confidence. The thing to do is to remember that life is ever changing, evolving and growing, and if something or someone you consider of value disappears, its time had come, and there is better ahead. Typically this does not happen out of the blue, but there are warning signs all along. If you pay attention to the signs, this becomes a period that can be seen as the inevitable conclusion to an ongoing situation that was riddled with problems to begin with. If it is meant to last, you will go through a period of discouragement followed by renewal on a stronger level.

This transit can bring to the fore issues with addictions of all types, and the time may be at hand to get control of unhealthy impulses that deny real happiness and growth.

Sometimes Neptune transits coincide with lies, deceit and even false accusations. If this is the case, know this energy will not last forever and keep your faith in yourself, and there are time that it is good to remember that from a spiritual standpoint what is happening now may end a situation and lead to bigger possibilities with something else in the future that you couldn't have envisioned.

On another level this transit may help to give concrete realization to long held dreams and during this period they may take form after a period of time and through a great deal of hard work  and effort.(Saturn)

That said, Saturn and Neptune don't easily mix. Saturn builds structure through hard work, while Neptune dissolves. Saturn tells us to work hard while Neptune dissolves situations and says take the easy way out or find an escape, and the two planets are in conflict. So, my advice, if you are trying to build something is to stick to the work, which will pay off in the end without cutting corners. Personal sacrifice is generally in order with Neptune transits

Some of those most affected by this transit will be those born February 24-28, May 27-31, August 29-September 2, and November 28-December 2. Others affected will be born in the Neptune in Sagittarius  generation,  1973-74, or anyone with a mutable planet between 5-9 degrees this year.

On the collective many ideas will dissolve, change forms or prove ineffective. Solutions that prove to be ineffective or less than ideal may crop up, and politicians and leaders will have a hard time coming up with solutions that fit the problem. We will see scandals and probable misinformation.

Politics, governments, and laws will all be affected and we may see changes in the legal status of marijuana, water shortages and problems with water and the ocean, scandals in the church, and the spread of disease among other things, that could become an issue during this cycle, but with Saturn in the picture many cures may be found to existing and future diseases.

Religion will come into focus, especially of the fundamentalist types and this will be a global issue. Many people may feel spiritually bankrupt at this time and religion may take on new meaning for others whose delusions can lead them down a path of no return. Of course I am speaking primarily of terrorist groups.

In Mundane Astrology, Nicholas Champion pointed out this transit in the past has benefitted democracy, and governs the development of socialism-communism. "In1846 the (transit) was followed by the publication of the Communist Manifesto, and the main phases of this cycle trace the development and establishment of the main European Socialist parties around 1882 and then the Russian Revolution in 1917 immediately following the next one in 1952 saw the death of Stalin and the beginning of expansion of Soviet Communist influence out into Africa and the third world." He continues, "It coincided with formal conclusion of peace treaties following WW11, the explosion of the first hydrogen bomb, and the death of Joseph Stalin. It also coincided with the death of George VI of England and the ascension of Queen Elizabeth II., and the beginning of an important new phase of the evolution of the British monarchy."

The Saturn-Neptune square will bring many more changes in a world that has been rapidly changing for some time. As Saturn governs the principal of reality, boundaries, discipline, responsibility and restrictions, he will clash with Neptune (in Pisces) which governs dreams, illusions, spirituality, addictions, creativity and dreams. If you polarize toward Saturn this transit will be heavy and depressing, and if you polarize toward Neptune things can be depressing, unreal, delusional or hopeless. The key is to find middle ground with both planets while maintaining your identity, hopes and dreams. Some of the dreams may evolve into something different, but in the end we usually end up where we are supposed to be.