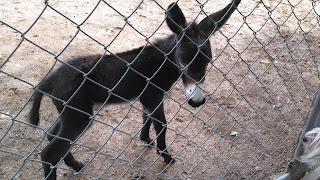 A solar eclipse occurs at 20 degrees of Virgo September 13, peaking at 2:41 A.M., EST.   Virgo is an earth sign, and this sign rules the 6th house of work, health and service.

Eclipses have a way of revealing situations, and as this is a new Moon, it can be connected with new beginnings of many types. Eclipse energy can be experienced as positive or negative, and how this eclipse works out personally depends on where it falls in your own chart.

An eclipse of this nature can reveal situations and changes at work, in diet and health as well as the level of service we provide others in many different ways and areas.

Many will be focused on work rather than pleasure, and this is a perfect time for organizing the important matters of our life, establishing priorities, and utilizing our talents in the area of re-organizing our houses, thoughts and plans, and getting down to the business of life.

The shadow side of this sign is critical, judgmental, and sometimes brings feelings of self unworthiness. The positive side of the sign is practicality, management /leadership ability, and discerning thinking.

Venus and Mars are trine Uranus within a few degrees and these are positive, upbeat energies. But, this moon will oppose Neptune (discouragement, delusion, compassion, deep spiritual understandings), trine Pluto (determination), and sextile Saturn (security, stability).
Lies, Self-deception and lack of clarity
Jupiter opposes Neptune during this time,  at 7-8 degrees of Virgo-Pisces and this is a transit of confusion, lies and deception, trickery, smoke and mirrors and illusions, and you must discern what is truth and what is not.

As Jupiter is in the sign of service/work and Pisces the sign ruled by Neptune/12th house (lies, illusions, distortions of truth) deceptions may come in the areas of work/service, or through our ideas, concepts and communications, religion, or philosophical beliefs or beliefs at the time. It could also come through something being presented to you: an idea, promise, business opportunity, or in some other way a distortion of the truth that can include self deception.

This is a transit of lies, thievery and trickery, and as a collective we must guard against illusions that hit some chord making it seem real, yet it is not.
On an individual level we are also subject to lies, theft and personal self deception. It is important to question all propositions made to you during this time.
Situations could also arise through something being presented to you: an idea, promise, business opportunity, investment or even a new relationship that seems too good to be true.

If this is the case you should research the idea clearly leaving no stone unturned. It is not advisable to jump into a new business, investment or relationship at this time, or give your heart away to an attractive stranger that may seem too perfect to be true. Time is on your side, and if someone pushes you to act quickly, it is advisable to wait.

Religion comes to mind and may well be front and center in some way, or that which poses as religion but is in fact lies and deception and trickery. We could in fact hear news of religion or religious figures.

You should be cautious in all personal, legal, monetary and personal exchanges at this time, and the Virgo moon should give you the discernment to ferret out the truth from lies and self deceptions.

Addictions, yours or someone else's, can also be a theme at this time, and there are all kinds of addictions that can include relationships. There could also be a desire to escape from the world in some way.

If you can find balance in your life and not fall victim to illusions you can experience this transit as spiritual awakenings and compassion, creativity of the highest of personal insight and awakenings. But knowing what is a spiritual awakening versus the wrong path or madness (Neptune) itself may be hard to discern.

Dreams can be very prominent at this time.

Jobs, job security, auditors, discernment, analyzing, work, dieting/health, service to others, enlightenment, organization and practical decisions are all keywords for this eclipse in Virgo and a positive use of the energy.

This eclipse will play out in the world as well.
Looking at the US chart, this eclipse conjuncts Neptune in the 9th house. Neptune relates to oil, oceans, water, possibility of issues or accidents at sea, religion, spirituality and concern with the masses. The ninth house shows us issues abroad, with religion and churches, and certain religious sects.

As this eclipse squares Mars, we can see issues with those who are known enemies to the US, and the potential for military movement and violence concerning young men.

The Jupiter-Neptune opposition will play out for months to come and during the eclipse falls from the 3rd to 9th house (Sibley chart) and this concerns foreign affairs, communications, laws, neighborhoods, and  religion.

In the US Gemini rising chart the Jupiter-Neptune opposition falls from the 1st to 7th houses concerning enemies and US partners.

As I have written in past blogs Jupiter-Neptune concerns religious wars, and this is a shady, questionable transit that I think of as a time of scamming, fleecing and lying to the American public. The words false prophets come to mind very strongly.
In the Sibly chart Jupiter and Neptune create a T-square with Uranus (8 degrees Gemini, 6th house) and this will concern workers, the health of the country, internet-electronic media, and unexpected events.

Congress is hurtling toward another government shutdown by the end of September if an agreement is not reached and and as Jupiter is the financial planet this shows us lies, deception and trickery related to money, and situations and deals that can be false, misleading and not what they appear to be. H.S. Green wrote, " This introduces confusion and misunderstanding into religious and political affairs: it disturbs peace and order. Some sort of struggle between the classes and the masses may take place, either socially or politically. New mystical religious ideas may arise and disturb orthodoxies. Mysterious crimes may occur, and changes of secret enmity, treachery and double dealing may be made between nations and political parties."

On another level this may awaken deep seated feelings of compassion and spirituality, and this appears to be playing out in terms of resettlement of the many refugees fleeing civil war in Syria and other hot spots.  Also, The Pope makes his first visit to America in September.