Lunar eclipse in Aries: We versus Me 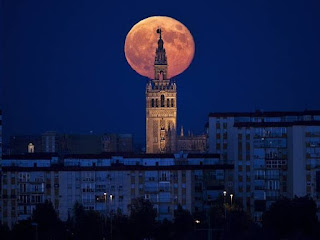 As we approach the eclipse of September 27, events will start to unfold before the actual lunar peak occurs, and will continue afterward. As Mercury is retrograde some events may be delayed by a few days or a few weeks.

This will be a fast moving eclipse as it is in a Cardinal sign, ruled by Mars the planet of action. Cardinal signs bring action and the energy is immediate.

Events happen during eclipses in our lives and in the world, and this is a period where we may not have total control of what the events will be that affect us personally. Endings can be associated with lunar eclipses as it is a full moon and things come to culmination. Not all eclipses are negative and positive events can occur although sometimes the positive situation comes after an initial shock.

By the time the actual eclipse occurs many events and situations will have already unfolded. As this Moon will oppose Uranus some events may seem sudden and unexpected and as it squares Pluto there is an element of transformation that can be associated with the eclipse.

September 24, is significant as Mercury squares Pluto and this is a transit of propaganda, uncovering situations you may have been previously unaware of, or you, yourself may be trying to uncover something or find something out. This is a argumentative energy and control issues could come into play.

Also on this day Mars enters Virgo and squares Saturn over the next 3 or 4 days and this is a transit of frustration, blocked energy and anger. If something is not happening as it should it might be best to wait a few days for this energy to pass before taking action. If you push it, things can break, both literally and metaphorically.

As Pluto goes stationary direct on September 25, this will amp up the Mars energy, and other peoples intentions and intents may suddenly become known, good or bad.
The lunar eclipse at 5 degrees of Aries occurs September 27, peaking at 10:50 P.M., EST, and this is considered a Supermoon. A Supermoon is closer to the earth and it affects on weather and tidal conditions have been noted to be more severe, and in the past we have seen extreme weather conditions connected with these moons, and can see it again. Energy can be more volatile.

We experienced a lunar eclipse at this degree September 27, 1996. If this period was significant, this eclipse may be significant as well.

Lunar eclipses can be overly emotional and seem to pull you in more than one direction. This one falls on the 1st/7th house axis-Aries-Libra, the axis of relationships and partnerships of all types. Some may experience a theme of relationships versus individuality or 'we versus me.'

As Mars/Saturn is stressful, frustrating, and angry and we may experience delays, endings and arguments. This energy is typical of police and military actions in the world.
The frustration, upset or anger can center around Sagittarius/Virgo related themes: audits, work, service, ideas, money, education, medical or legal issues, or the way we view things.
Communication is important as Mercury is retrograde and clarity should be first and foremost in terms of our thinking, speech and communication in general.

Jupiter is in opposition to Neptune and this is a transit that fuels religious debates. Some will experience this as a time of spiritual awakenings, while others will view the Pope's visit as  religious propaganda.

Be careful if you are entering negotiations, or completing financial transactions of any type as this energy is misleading and prone to deceptions on many levels.

This eclipse is considered a 'bloodmoon' as the Earth will block out the Sun, making the moon appear blood red. The eclipse will occur just under 5 minutes making it one of the shortest in recent history. It will be easily visible from Australia and east Asia and those of us in the Eastern part of the US have a greater chance of seeing it than those on the West Coast.
Posted by Leslie Hale at 1:48 PM