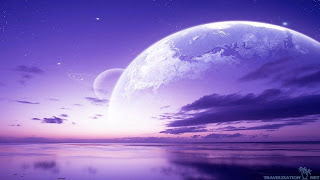 Jupiter opposes Neptune and this transit becomes exact September 17, at 7 degrees of Virgo-Pisces, but the energy is powerful several weeks before and after the transit is exact.

This transit will be especially significant in your life if you are a 7-9 degree mutable sign (Gemini, Virgo, Sagittarius, or Pisces) or have mutable planets in your chart at these degrees.

This energy can stimulate your interest in philosophies, religion, helping others and becoming aware of those less fortunate. Creativity, psychic ability, compassion, a desire for justice, and an interest in foreign cultures may be at an all time high during this time.

Dreams and premonitions will be common, and it can be experienced as an idyllic period in many areas of your life that could include finance, relationships, travel, philosophies, religion and ideals.

You may have a desire to make the world a better place or simply desire it to be so. This is a transit of idealism, and it may be a time that common and ordinary experiences do not satisfy you.

Religion, religious concepts or philosophical ideas will be front and center at this time.

You may experience extreme religious feelings or a desire to be of service to others, or feel a deep connection to the infinite. You could feel that you are accessing knowledge that at other times would not be possible.

Your perspective could broaden in many ways but you may find it hard to distinguish fact from fiction and herein lies the problem.

Jupiter is the planet of expansion and it expands whatever it touches.  Neptune is intrinsically idealistic, but it is also the planet of confusion, delusion and lack of clarity.

Any ideas you become interested in at this time that can include religion or philosophies must stand the test of time before they can be considered a valid  part of your being as you could change your mind, or you may not be seeing the big picture clearly.

On the other hand this transit can be experienced as very deceptive energy and what appears on way, may not actually be what it appears at all.

Situations could also arise through something being presented to you: an idea, promise, business opportunity, investment or even a new relationship that seems too good to be true.

If this is the case you should research the idea clearly leaving no stone unturned. It is not advisable to jump into a new business, investment or relationship at this time, or give your heart away to an attractive stranger that may seem too perfect. Time is on your side, and if someone pushes you to act quickly, it is advisable to wait.

As Jupiter is in the sign of service/work and Pisces the sign ruled by Jupiter and Neptune/12th house ( secrets, lies, illusions) the deception may come in the areas of work/service, or through ideas, concepts and communications, religion, or philosophical beliefs.

Facts you were not aware of may be reveled at this time.

It is no coincidence the Pope visits America for the first time during this transit, nor is it surprising that Kentucky Court Clerk Kim Davis is in jail for refusing to issue marriage licenses to same sex couples. Astrologer Nicholas Champion wrote, "This cycle has a strongly idealistic, humanitarian and ideological quality about it. It seems to be related to the enfoldment of idealistic and religious belief systems, and such as its hard angle aspects can often relate to sectarian quarrels, political differences, and religious wars.

This transit is very questionable for financial matters, investments and the world financial markets. In my September blog, I called it this the perfect 'suckers market,' and you should exercise extreme caution with your money at this time.  Nicholas Champion wrote, "Economically, it (Jupiter-Neptune) can produce periods of boom and optimism, but also 'pie in the sky' plans and rampant inflation if not well earthed."

Andre Barbault considers this transit to be related to the destiny of France.

Addictions, yours or someone else's, can also be a theme at this time, and there are all kinds of addictions that can include relationships. There could also be a desire to escape from the world in some way.

At its worst this can prove to be a transit of absolute lies, thievery and trickery, and as a collective we must guard against illusions that hit some chord making it seem real, yet it is not.

Religion and philosophical ideals can be suspect, or that which poses as religion but is in fact lies, deception and trickery. I am referring to situations that could involve terrorist groups, or others who are out to manipulate, sway and convince others of something they hold as a high ideal, that others may not view in this way at all.

The jailed Kentucky clerk, is a perfect example of this and is no coincidence she is in the news at this time. She is imprisoned because she feels that granting marriage licenses to same sex couples violates her religious freedoms, when she is in fact violating the freedoms and philosophies of others by refusing to grant marriage licenses which same sex couples are entitled to by Federal law. To these couples, Kim Davis is in fact violating their liberties and America is not a theocracy. I expect we will see much more of this and possibly other situations, as I wrote about in my September blog.

Compassion for others will also be a theme at this time, and I believe we will see  a great deal of news concerning the massive refugee problem that exists in Europe as people flee Syria and other war torn countries.

You should be cautious in all legal, monetary and personal exchanges with others at this time, and the Virgo eclipse of September 13,  should help you have the discernment to ferret out the truth from lies and self deceptions.

If you can keep your feet on the ground this can be a time of high creativity, new ideas and insights into things you never considered possible.

This transit will repeat itself next May (2016) but the two planets will not be exact at 13-11 degrees, but this doesn't mean the same energy will not repeat itself again.