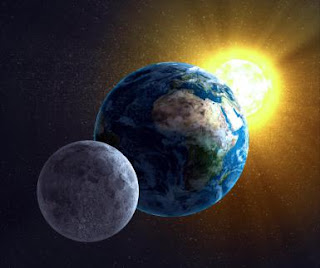 Events connected to the powerful lunar eclipse of September 27, continue  to unfold over the next 10 days and the week of October 4, will be critical in terms of events and developments in our lives and the world, as I wrote in my October forecast.

Mars is opposing Neptune becoming exact on October 6, at 7 degrees of Virgo-Pisces but this energy will build between now and then and for a number of days after.

As this (Mars-Neptune) is part of a mutable t-square,  energy is changeable but the opposition can pit us against something else, or someone else. (especially if this opposition is touching something in your personal chart)

This is tiring, confusing and discouraging energy and we must think clearly, and work hard to keep the facts straight. As Mercury is retrograde it could be easy to confuse or misread the energy of a situation or another person we are connected to. Now is the time to check your facts in any area of your life you are unclear about. As Mars is in Virgo this could relate to a situation connected to work, health, or reveal something that was previously hidden. At its worse this transit can represent lies, deception and anger. The issue could also involve some deep seated philosophic or religious belief or idea.
Several weeks ago the Jupiter-Neptune opposition, was exact and while this energy is still in the cosmos, Mars replaces Neptune in an exact opposition to Pisces and Mars is far more aggressive than Jupiter.

The best use of this energy is to direct it toward charity, and charity begins at home and with yourself. Blame, feelings of helplessness and hopelessness can be replaced with reflection as to where you are and how you got here. Own what is yours, but only what is yours. It takes more than one to tango. Some could experience this as genuine spiritual enlightenment, but this is not the norm. Confusion, self doubt, negative feelings and anger is the norm, but knowledge of this gives us the power to overcome.

October 6, the Sun squares Pluto and this is powerful energy that often deals with situations that have broken down, and that can include machinery, situations and relationships with all types of people. Sun-Pluto transits can push things to a critical point resulting in power struggles and endings. If you push someone they will likely push back, and with these transits you must pick and choose your battles carefully. With Mars opposing Neptune you may not even know what the battle is, or it could be based on a false idea, concept or lie.

Anytime Pluto is aspected there is an obsessive quality about it, other people push their agendas and often the bullies come out and show themselves for what they are.
My advice is to save important meetings/situations for another day if possible and let this energy pass by without making any dramatic statements or issuing ultimatums to others.

Sun-Pluto conflicts can show issues connected to jointly held finances and other people's money. Pluto contacts can have a transforming effect at best and if there is a silver lining it might be the fact that Mercury sextiles Saturn and this can give us the ability to go within ourselves for practical answers and communicate accordingly. Sometimes, knowing this energy exists gives us the ability to tap into it for a more positive outcome.

October 9, Mercury goes stationary direct at 0 degrees of Libra, and this is often the point where more glitches occur or more previously unknown  information or secrets are revealed.
October 10, Venus squares Saturn at 1 degree of Virgo-Sagittarius and this is typically not great for love or social activities. Venus rules values, love and money. Some situations and relationships can end.
October 11, the Sun opposes Uranus, the second planet in the cardinal T-square being aspected. And of course we have been dealing with the Uranus-Pluto square for some time, and will continue to. This will affect everyone with cardinal planets (Aries, Libra, Cancer and Capricorn) at 16-20 degrees. Sun-Uranus transits typically relate to unexpected events that can be shocking and somewhat explosive. As Uranus relates to freedom some situations and relationships can come to a sudden and unexpected end, or unexpected changes or twists. You could make a break from something you find oppressive or unsatisfactory, or someone else could do the same.

Events in the world are heating up
At the time this post was being written I was watching Hurricane Joaquin as it appeared headed toward the East Coast.  Suddenly CNN was reporting the tragic shooting in Oregon on the community college campus, and had to take a break from this blog and look at the chart for moment that shootingoccurred.

Of course, this is an example of the powerful energies that are already manifesting in the universe. The fact is, with the Jupiter-Neptune opposition, and the Mars-Neptune opposition, this was no surprise. Reports later stated the shooter was killing  students based on their religion, specifically Christians. And of course, he was unbalanced as the chart showed us.  Another sad example of guns falling into the wrong hands and an crazy, angry individual acting on the energy in the skies like most if not all, of the other mass shootings that have occurred.
Unfortunately, this is all part of the current transits we live with.

Mars-Neptune can play out in many areas and will. Religions and philosophies can clash, scandals can be revealed, news of same sex relationships, lies, deception, confusion and at times situations connected to oil, gas, and even chemical weapons have occurred on this transit. Mars typically relates to men, war and police or military action.

Uranus rules technology, the internet, planes and aircraft and explosive circumstances along with explosions. There is no doubt these powerful transits will affect us as a nation.

As Saturn gets closer to its square to Neptune  (November 2015) we are going to be bombarded with those who confuse religion with moral superiority, or who believe they have the right to impose their personal religious or philosophical beliefs on others. Of course, I am referring to terrorist groups, but it is not limited to overseas terrorist groups, and can take many forms.  Kim Davis, the County clerk in Ky., who refused to issue marriage certificates to same sex couples is an example of someone who tried to impose her religious beliefs on others.

The Neptune-Saturn square is a major transit that will affect us personally if it aspects our charts, and play out in the world at large as it is considered one of the 10 major transits that affect and change our world.

Sun-Pluto transits  (October 6)typically relate to individuals who try and force their will on others. Politicians, world leaders and the military are often involved from a world standpoint. Sometimes there are clashes over money and funding.

As the Sun squares Pluto its sets off the Sun-Pluto  opposition in the US chart and square to Saturn. So, we are dealing with another T-square, this time in the US natal chart. The Sun in the US chart shows us the President and leaders, and Saturn rules our structure, security,  and way of life, and these are the things being threatened.

As Pluto is currently opposing the US Sun and square Saturn, and has been for several years we have experienced great opposition as a nation from within and without and seen those who would destroy us if they could. This is basically what this opposition means: Pluto shows those who would destroy our country/its leaders and there are terrorist groups who have made this clear. But the danger is not only from abroad, it is also from within the country as well. Some of those who want to destroy our way of life are politicians and those within our borders who want to disrupt the flow of life as it exists. Ultimately Pluto transforms whatever it touches and this transit will continue on for at least another year. When this transit is over what we can count on is that things will never be exactly the same again. But, the world is always changing and change is a part of life.

These (October 6) transits hit President Obama's natal chart as Mars will conjunct his Pluto, setting off his Neptune-Pluto opposition in his house of 'open enemies.' So, we know the President will be involved/affected by these transits.

As the Sun squares Pluto on October 6, then opposes Uranus on the 11th  we will likely hear more about Syria and the ongoing conflict Russia has now entered as the Sun-Pluto and Sun-Uranus aspects affect Vladimir Putin's chart as well.

As Venus squares Saturn October 10, we could hear news relating to women, or financial markets.

In the spirit of brevity I will leave it at this, but one last note about the powerful lunar eclipse/Supermoon in Aries September 27.

Whoever said the Supermoon was nothing special or it doesn't affect weather and earth changes? Can you say Hurricane Joaquin?
There are multiple examples of escalating weather conditions and earthquakes within 3 or 4 days of a powerful Supermoon. Richard Noell who is the expert on Supermoons wrote,  "Sure, this supermoon will, as they all do, herald destructive earthquakes, volcanic eruptions, severe storms and extreme tidal surges. This happens every time there’s a supermoon, typically within plus or minus three days of the exact alignment. And it generally happens that some people die in these catastrophes. As sad as that is for the people involved, it’s not the end of the world for everyone.
So be advised that September’s SuperMoon shock window is already in effect as this week begins." (wk of Sept. 28)

I expect we will still see water related weather conditions in areas of the
country/world as we approach October 6. If you are in the path of a storm, stay safe. At the time of the post it appears the hurricane has moved away from the east Coast of the US. We can be grateful for this and hope it doesn't change paths again.  Good luck!