True love or smoke and mirrors? 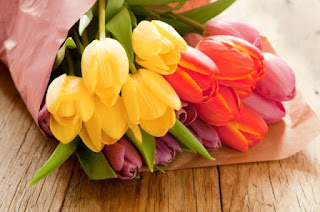 Venus opposes Neptune October 16, but this energy will be apparent a day or two before and after, but it peaks on Friday.

This is a confusing transit that can create confusion over relationship issues and money. This is not the best day for financial negotiations, and if possible I would avoid activities of this type, and leave it for another day. Watch your money, and be careful what you spend. Something that seems impossible to live without today could quickly lose its glow.

Love and relationships are subject to confusion at this time as well. Clarity is more important now than ever. Whatever can be confused will. At its best this transit can represent candlelight and reverie, but at its worst it can represent delusions, illusions and lies or secrets.

Anything that begins today is subject to change as Neptune is generally connected with fog, confusion, lack of clarity or lies. This goes for business as well as pleasure.

If you meet someone new that seems to good to be true they probably are, and anything started must withstand the test of time to know the real truth. Take nothing new at face value.

Neptune-Venus can be a higher, spiritual love, but romantic relationships and unconditional love are often not the same. Romance is seldom truly 'unconditional,' as both parties typically want something of the other.

This can be a transit of compassion, spirituality or creativity and my advice is to go in this direction, and if you meet a handsome stranger, don't take it seriously until you know who they really are. If you can take this transit for what it is you will not be hurt.

October 17, the energy will change as Mars conjuncts Jupiter and this is typically a positive transit but like the above transit there are pitfalls to be aware of here, especially in terms of blowing things out of proportion.

There is an enormous possibility of exuberance and fun with this transit, and whatever Jupiter touches it expands. When Jupiter expands Mars this can be positive for entertainment, fun, physical activities and new adventures.

But, this is a high energy transit and if not channeled properly could turn to irritation, friction and arguments. It could be easy for your ego, or someone else's to come into play.