Supermoon in Taurus: surprises, sudden changes and a major storm 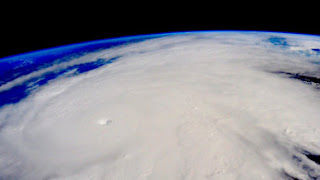 We've had a few supermoons this year, and the full moon in Taurus will be the last of the year on October 27.

I remember watching a newscaster laugh about the 'myths' associated with a supermoon, and stating there is no fact to back up the theory. If the newscaster had really researched this topic he would have known the worst hurricane of our time-Katrina-along with other earthquakes and disasters are often foretold by supermoons, over and over.

The Supermoon term was coined by astrologer Richard Nolle who wrote, "SuperMoons are noteworthy for their close association with extreme tidal forces working in what astrologers of old used to call the sublunary world: the atmosphere, crust and oceans of our home planet - including ourselves, of course. From extreme coastal tides to severe storms to powerful earthquakes and volcanic eruptions, the entire natural world surges and spasms under the sway of the SuperMoon alignment - within three days either way of the exact syzygy, as a general rule. SuperMoon solar eclipses tend to have a wider sphere of impact, extending roughly a week before and after the actual event."

Nolle continued, "Take Hurricane Katrina, for example; spawned from a tropical depression formed within three days of the August 19 SuperMoon. My forecast for 2005 warned of severe storms within plus or minus three days of the day Hurricane Katrina formed, and even specified the Gulf of Mexico as one of the areas at risk in connection with that particular SuperMoon alignment."

Isn't it interesting Hurricane Patricia is the strongest hurricane ever recorded--stronger than Katrinia-and landfall is expected within hours of this post. All we can do is hope for the best for those in its path, and pray for their safety.

This hurricane is helped along by the fact the moon is in an Earth sign, also associated with earth related catastrophes, and Mercury has squared Pluto and is opposing Uranus over the weekend.

Uranus is associated with weather and can be very changeable. It peaks October 25, at 6:59 PM, EST.

This moon falls at 3 degrees of Taurus, the sign ruled by Venus, and typically this is a calm and pleasant Moon. But, with Mercury opposing Uranus  you could experience sudden changes of course, unexpected news, abrupt changes and in some cases endings. Things, situations and even people may change course with no warning.

Taurus is associated with the second house of money, income, possessions and rules all things Venus.
Posted by Leslie Hale at 3:14 PM