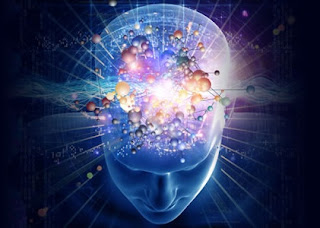 Today we have a volatile and angry eclipse in Libra, as evidenced by the terrorist attack in Brussels.

The eclipse in Libra focuses on relationships, both romantic and otherwise and as it opposes the Sun and Mercury, this is an argument waiting to happen, or some will hear unexpected news. The best thing we can do today is keep a calm demeanor and not act rashly or say or do things we may regret. The effects of this energy will play out over the next number of days and even weeks.
Saturn turns retrograde March 25, and this will be a powerful planetary movement as it squares Venus at 16 degrees of  Sagittarius-Pisces.

If this aspects a planet in your chart this could be a powerful event that changes the course of things in your life. It will aspect your personal chart if you have planets in Gemini, Virgo, Sagittarius or Pisces at 14-17 degrees. Some relationships will end, but typically it is those tottering on the brink that can't survive any more stress.
To an extent this transit will affect us all, some more than others.

Saturn retrogrades every year for a number of months and as it does action can become more internalized than outward.

This square from Venus to Saturn will be very powerful as the planet astrologers call the taskmaster (to name a few) retrogrades on the same day.

The Venus transit actually creates a T square involving Jupiter/Saturn, and Venus. A T-square involves the energies of all three planets. Venus-Jupiter transits lend themselves to overdoing or overindulgence which can be good or bad. Jupiter-Saturn can involve restrictions and changes in your life, and in certain cases things may come together you have been working on.  Venus-Saturn can be negative and depressing, but if you are in a solid relationship it can be about responsibilities, limitations and duties or obligations. As this is a mutable T-square change will occur, especially if it aspects your own personal chart.

As Saturn retrogrades it defines the sign it is in. As Saturn is in Sagittarius, it concerns, education, travel, ideas, foreign people, relations and ideas, and in some cases legal or medical situations. The 9th house defines the way we look at the world.

The house Saturn is transiting through in your personal chart will also be defined. For example if Saturn is moving through your second house of money, during the retrograde period you will define what you are doing with your money. Income, savings and future financial plans may be defined, it all depends on where transiting Saturn is located in your chart. During the retrograde cycle we re-evaluate. People become more disciplined with their undertakings.  As Neptune is also in the picture we may learn to transcend certain things, and our viewpoints about many things may change in the long run.

Venus square Saturn (retrograde) will be another powerful transit in the world. We could hear more about the terrorist attacks, women and even finances and laws. We are in a period of intense and volatile energy now, and can expect much change and news.

As always my advice is to be aware, self aware and control your responses to the situations that may occur in your life now.

Decisions can be made in a more solid way as this energy passes on and things calm down in about a week.