The planet of passion moves in reverse: Mars retrogrades 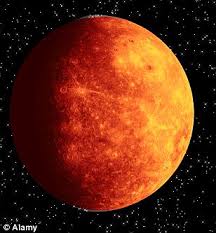 Mars is the action planet of the zodiac. It rules our actions, drive, energy and passion, men, sex and even war. The 'red planet" speaks to and of the confidence of an individual and how they act out their lives.

Mars energy can be positive or destructive, depending on how it is used (and what it aspects in your personal chart). By looking at the sign your Mars is in an astrologer can determine how you act (and react) and in a woman's chart it describes the men in her life.

Mars enters into a square with Neptune April 5, through the end of April. While this influence may be subtle, it may be not so subtle, especially when Mars retrogrades on the 17th. This is low energy, discouraging, tiring and draining.  This energy coincides with suppressed anger, secret intrigues, deception and lies, exhaustion, fraud, devious actions, inefficiency, and an increase in drugs or alcohol if those tendencies exist.

You will be affected to a greater degree if you have a mutable planet-Gemini, Virgo, Sagittarius, or Pisces- at 8-10 degrees in your personal chart. If that is the case you need to be self aware, aware of others, get plenty of rest, and guard your health at all times.


This will play out in the world as well. Expect  to see confusion, disorientation, issues surrounding water or gasses (potentially chemical weapons), lies and deception, scandals, negativity, and issues surrounding same sex couples. Unfortunately, we are at risk of seeing terrorist attacks related to religion, or that which cloaks itself under the guise of religion.

On the other hand as Mars in connection with Neptune denies the ego, we may see selfless actions, great compassion for others, a rise in spirituality or religious activities, interest in psychics and mediums and an interest in service to others less fortunate. There may be those who gain great spiritual insights during this period and personal creativity may be high. This is the best and highest use of this energy, and my advice is to direct this energy in these ways. Dreams may be vivid and prevalent during this time.

Mars actually entered its shadow period of the retrograde on February 19, and since then has been moving slowly. During March through the first half of April, Mars has been moving at a crawl, creating havoc, as those who have experienced a Mars transit during this period will attest to. There is a reason Mars is called the 'God of War,' and typically we all get a Mars transit or two most months. Generally, this is a day or two of frustration or agitation, but as Mars retrogrades and moves so slowly any Mars transit becomes much more significant at this time and during the retrograde.

As the stationary retrograde/direct periods of Mars are the most important, this is even more so the case if Mars aspects any of your planets in your own personal natal chart. This will aspect your personal chart if you have a planet in Gemini, Virgo, Sagittarius or Pisces at 6-8 degrees. If this is the case, significant events can occur, and combative situations may crop up or you could experience health related issues-typically not serious, or even accidents. What exactly will happen depends on what it falls in your own chart and what else is occurring at the time.

Mars is stationary retrograde April 17-29, and stationary direct June 29-July 11. As a result of the retrograde this year, Mars will remain in only 2 signs-Scorpio and Sagittarius nine months out of the year, until September 28.

When Mars retrogrades people seem to accomplish more if they are in a crisis state. I have seen this with people born with a natally retrograde Mars or a Mars that goes retrograde by progression. Many people complain of low energy during this time, and plans can be delayed. Sometimes, people need to back up, reassess, and slow down some for a time. I would advise people not to start important projects during this cycle if it can be avoided.

Mars rules men, and sometimes men 'go retrograde.' Relationships can change during this time, slow down or take a different turn, one way or another. Retrograde planets become like a wild card, but I believe the karma of the situation can play out at this time as well. Whenever you feel karma-or the final resolution of a situation is involved, retrograde planets are typically involved.

As Mars will be in only two signs over this long cycle, Sagittarius we will be concerned with ideas, concepts, justice and law, education, foreign affairs, people and travel. While in Scorpio, the concerns will be around money, credit and taxes, other people's money, change and transformation, and to some extent sex and death if other significators in your chart point to this. But, death is not typical of this, and there would have to be other more serious transits, or it could be the death of a situation as opposed to the literal term, but rather personal transformation and this is generally the case.
Posted by Leslie Hale at 1:27 PM