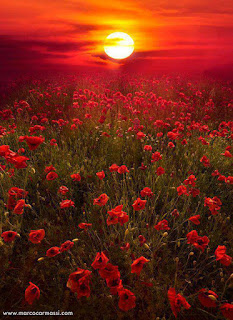 Astrologers construct a chart for the moment the Sun enters Aries, known as the Aries ingress chart, and this will show us events and themes that will be relevant for the next part of the year -spring into summer.  This chart is cast for the spring equinox and as it has a mutable ascendant so it will be good for six months. (for the US)

The ascendant is at 3 degrees of Sagittarius, and 6 of the 10 planets are mutable, meaning the energy is changeable, but there is no clear destination apparent as to  where all the change will take us. There will be many twists and turns during this strange period of time and it shows clearly in the chart.

The Sun is trine Mars from the 4th house of the common people (opposing the house of government), and has energetic movement in this direction.

Mars falls at 3 degrees in the first house (along with Saturn) which shows us the country and its inhabitants as a whole, and our national self image. Mars shows a stirred up population that is angry  along with the potential for military action and violence.  Mars is in its post retrograde shadow period and will turn retrograde making it even angrier and more volatile.

Saturn in the first house represents a population prone to fear and paranoia and as Saturn rules the second/third houses, and this centers around financial fear, and even dislike of one's own neighbors during this period. This is a polarized nation.  Saturn in this sign is about ideas, philosophies, laws and foreign affairs. As Saturn is in the sign ruling Jupiter there will be a focus on money and shortages of money and fear of such.

This will be period of harsh political rhetoric that will inspire fear, distrust, depression and anger that will shout much more loudly than positivity and hope. It is important to note the rhetoric we hear is not necessarily based on truth or facts, and herein lies a major problem.
Neptune  lies next to Venus in the third house which rules telephones, postal services, school, language, education, expression and even free speech which can be called into question.

Neptune and Venus together in Pisces is a confusing transit, indicative of dreams and ideas that are not be founded in reality: just the opposite. There could be cloudy issues concerning women, or outright lies, and we will likely see scandals that come to light.

Venus is the other financial planet (along with Jupiter) and Venus conjunct Neptune reveals a cloudy financial picture. There could be financial losses, or financial scandals. We could hear news of secret plots, fraud and swindles, bogus companies and loss.

For some this could be an unusually romantic combination full of glamorous illusions and period indicative of great artistic effort and success, and a good period for psychics and others in the metaphysical realm. There will be a greater interest in psychics, dreams, mediums, spirituality and things of this type and it will be reflected in media and movies. Some may develop a deeper faith, and show great compassion toward those less fortunate, while others remain angry and buy into the negative rhetoric. Again, this is a polarized country on many levels  and nothing will change anytime soon.

Saturn is square Jupiter, the second house ruler in the ninth house, and this shows financial limitation, and small gains, and as Jupiter is retrograde, little confidence of gains in the immediate future.  Saturn/Jupiter transits affect the global markets and this is considered one of the most significant aspects affecting the world.

Saturn-Jupiter can represent trade agreements and things can come to a culmination.  As this post is written the Obama administration has just loosened rules on travel to Cuba and the US dollar. This transit can bring positive events as well as negative. Relations with the US and Cuba were normalized in 2015 on the Saturn-Jupiter square.

Saturn-Jupiter  also shows us the potential for major litigation, disputes over laws, and lawsuits that can include issues in the Presidential election, the Supreme Court, or other major issues of significance Americans will be watching.

You can rest assured debates over nominees for the Supreme court will be filled with rhetoric as harsh as the political overtones that we hear every day.  This does not however, mean there will be no new Supreme Court Justice in spite of the Senates vow to block any nominee.

We could also hear news about medicine concerning disease, the spread of disease and cures. It shows concern over international trade and foreign trade among the public in general.

The ninth house rules courts, laws, religion and foreign people and affairs and a desire for restrictions concerning foreigners, religion and a divided country along these lines, along with everything else of a political nature.

The moon rules women and tells us where the attention of the country rests, and in this chart it falls in the ninth house of courts, religion, medical affairs, litigation, foreign affairs and people, as well as universities and international commerce. Make no mistake, women will vote on health care issues that affect the female population.

Neptune rules socialism, and Nicholas Champion writes the Saturn-Neptune square (Saturn squares Neptune in 2016) coincides with periods of growth in socialism, hence the rise of Bernie Sanders who has styled himself as a Social Democrat.

As the 10th house (Virgo) rules government, Mercury, its ruler,  shows the current outgoing President in the late degrees of Pisces indicative of endings.

As Mercury is at its fall in Pisces (4th house of Democrats) the win could be by a slim margin, or it could be a case of voting against rather than for.
Posted by Leslie Hale at 10:05 AM