Fantasy, fiction or truth and where the heart lies 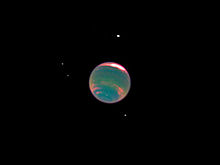 Mercury in Virgo is on a collision course this week with the Saturn-Neptune square.

A New Moon occurs in Leo August 2, and Leo rules the heart and the 5th house of love.

Many will be focused on love, one way or another, but in some cases it may be a love that is unattainable or in some way inappropriate. If this is the case, there is nothing wrong with focusing on finding love, but the relationship should be reciprocal and healthy. Venus is square Mars creating disturbances in love and sexual relationships, and increasing the sparks as well as tension between the sexes over the next week.

Mars moves into Sagittarius for the second time this year August 2. But as Mercury moves forward it will clash with Saturn and Neptune, setting off the Saturn-Neptune square.

Many people have been dealing with clouded issues, lack of clarity and a reality that has morphed into something else that is hard to understand at this time. Neptune is the planet of illusion, delusion and confusion and Saturn rules our reality, and herein lies the clash.

These planets don't mix well, and in the end reality (Saturn) typically wins.

In the recent past, Jupiterwas involved with Saturn and Neptune making it a t-square (3 planets) and as Jupiter opposed Neptune, there were many delusional situations occurring in the world and even in our lives. Jupiter can make the situation appear brighter than what it is but  Jupiter has moved out of the equation now, and Saturn will square Neptune through September. It is during this time, many truths will manifest and the rose colored glasses will come off and we will be able to see our realities for what they really are. Neptune-Saturn transits erode the old ways, and an uncomfortable period of unclarity can emerge until the new way becomes obvious.

As Mercury approaches a square to Saturn over the next few days (that becomes exact August 6), situations may occur or information revealed that seems depressing, and as Mercury opposes Neptune August 7, confusion and melancholy may occur, and for some this will be a clash between what they know to be true or what they hope for or don't want to hear. In some cases, the truth may be avoided or pushed away.
If this is the case, the same issues will likely come back up the week of August 8, when

Venus in Virgo will square Saturn and oppose Neptune, setting off the Saturn-Neptune square once again.

Ultimately, Saturn (reality) wins in these situations and with the truth we can move on to higher understandings and toward that which our heart truly desires (new Moon in Leo).
If this hits your chart directly it may seems like a depressing and confusing period, and maybe even if it doesn't. But, this too, shall move on and we will soon start a new cycle when Jupiter enters Libra in September, and many people will want to find a special partner, and our luck will take a turn in that direction.

Like all other major transits this will play out in the world as well. As Mercury activates the Neptune-Saturn square we will see issues arise that have to do with scandals and lies, and lack of clarity.

As Saturn opposes Uranus in the US natal chart, we can expect unexpected news and events. Saturn lies in the US 12th house of things secret, hidden and subversive. It relates to elements who want to overthrow society and order as well as a bubbling over type of discontent especially among workers.

Uranus rules uprisings, revolutions, aircraft and explosions and unexpected events. It also rules technology and the internet. We could hear more news related to technology or major hackings.
Posted by Leslie Hale at 12:59 PM